I have received a number of emails from people enquiring as to which services are 319 worked, or reporting a particular train as diesel operated, so I thought it might be useful to create a list.  I was just beginning the process of doing so when a correspondent kindly pointed me to this page on the Rail website, where they have the complete rostered workings for the 319s, thus saving me a job!

The first Monday of the new timetable didn't start well.

319386's first duty was 5F53 05:25 Preston Carriage Sidings to Wigan North Western, an ECS move prior to it working 2F53 06:03 Wigan North Western to Liverpool Lime Street High Level.  However, it only got as far as Boar's Head before failing, blocking the up WCML for an hour until another 319 rescued it.

This resulted in the 06.03 and 06.33 departures from Wigan being cancelled, along with a number of subsequent workings.

After this inauspicious start things improved, and by the time I went out to collect a few pictures the service was back to normal, although there was quite a lot of late running.  Here's a selection of pictures: 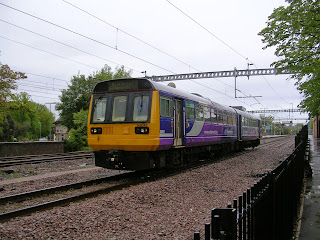 Anyone hoping we've got rid of the 142s was in for a disappointment, here's 142046 leaving Huyton on 2N80 10:28 Liverpool Lime Street High Level to Blackpool North.  (One of the Warrington Bank Quay workings was also a 142.) 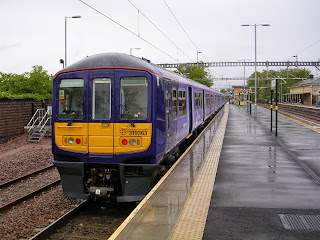 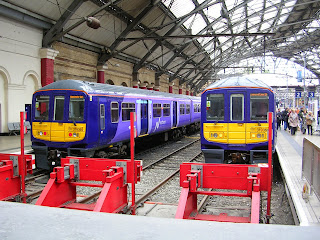 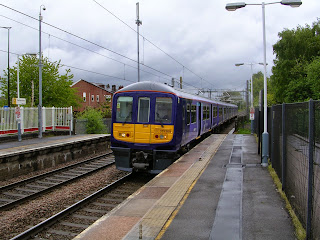 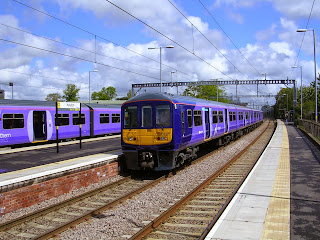 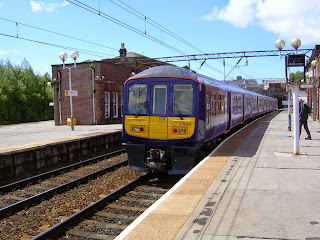 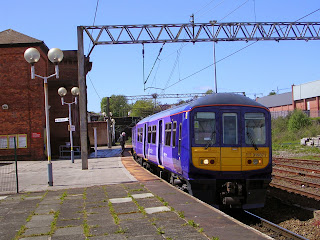 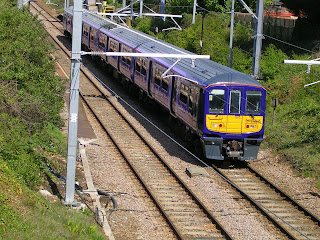 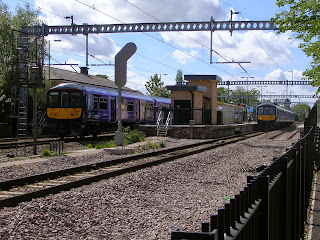 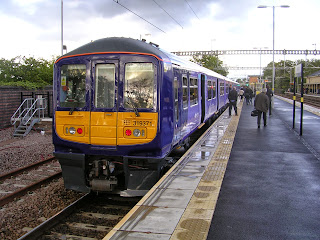 P.S.  I understand the only planned working north of Wigan is 2N74 18:00 Liverpool Lime Street to Preston.  Here it is at Huyton with 319371.  I believe the stock then stables overnight at Preston, so let's hope 371 has better luck in the morning than 386 did today!
Posted by Phil Wieland at 17:40 No comments:

Well, sort of.  The Sunday trains at Huyton consist of an hourly Blackpool service and an hourly Manchester Airport service.  In the new timetable, which starts today, the latter are to be electric, albeit still on diesel timings.

Here's 319361 calling at Huyton while working 2A08 11:15 Liverpool Lime Street to Manchester Airport. 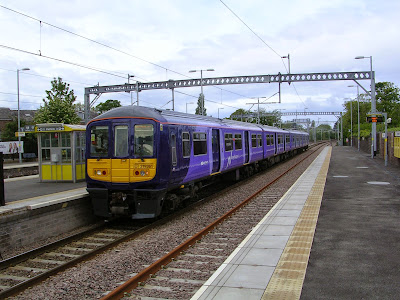 Posted by Phil Wieland at 11:55 No comments: 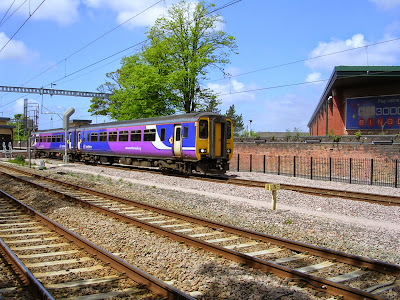 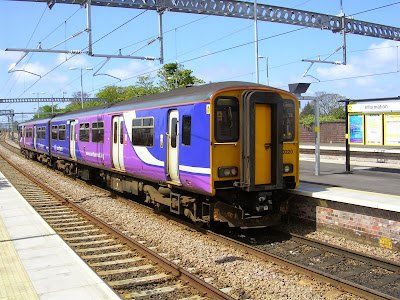 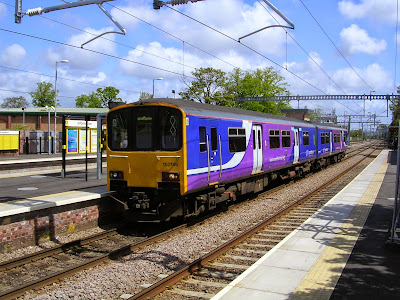 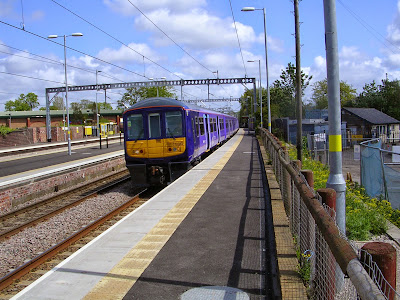 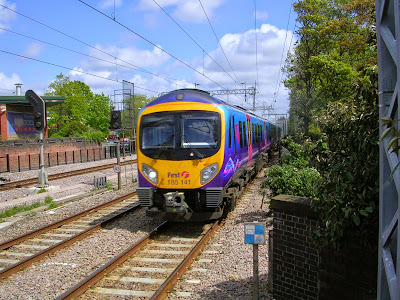 Engineering diversions have routed Liverpool to Euston services via the L & M today, so we have an hourly service of Pendolinos using our new electrification.  Here's 1A20 10:43 Liverpool Lime Street High Level to Euston cruising through a rather grey Huyton. 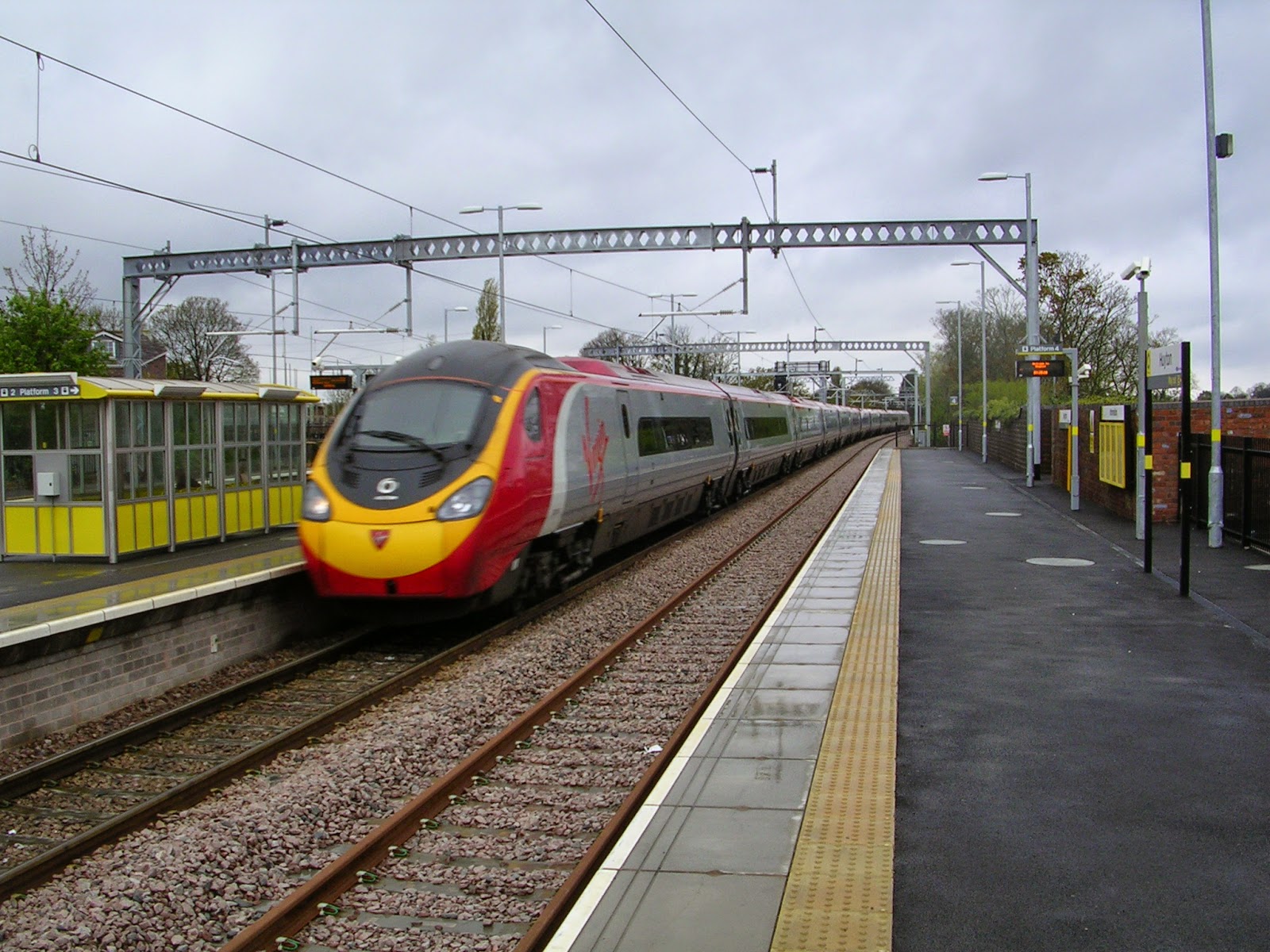 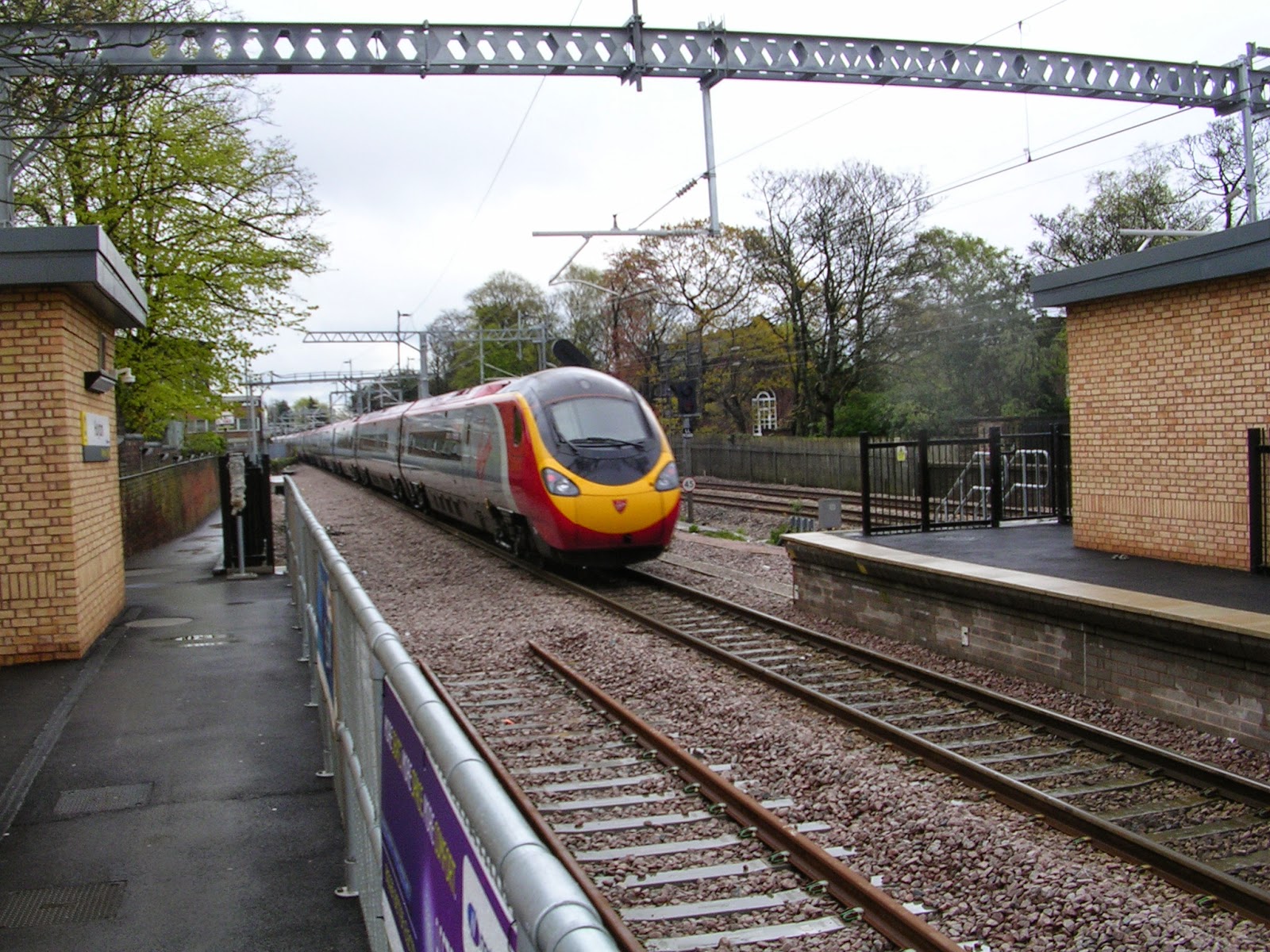 This morning, as last Saturday, a 319 worked the 06.00 Liverpool to Wigan and 07.00 return.  This week 319362 "Northern Powerhouse" did the honours, here's a shot of it at St Helens Central on the return run, kindly supplied by Paul Gaskell. 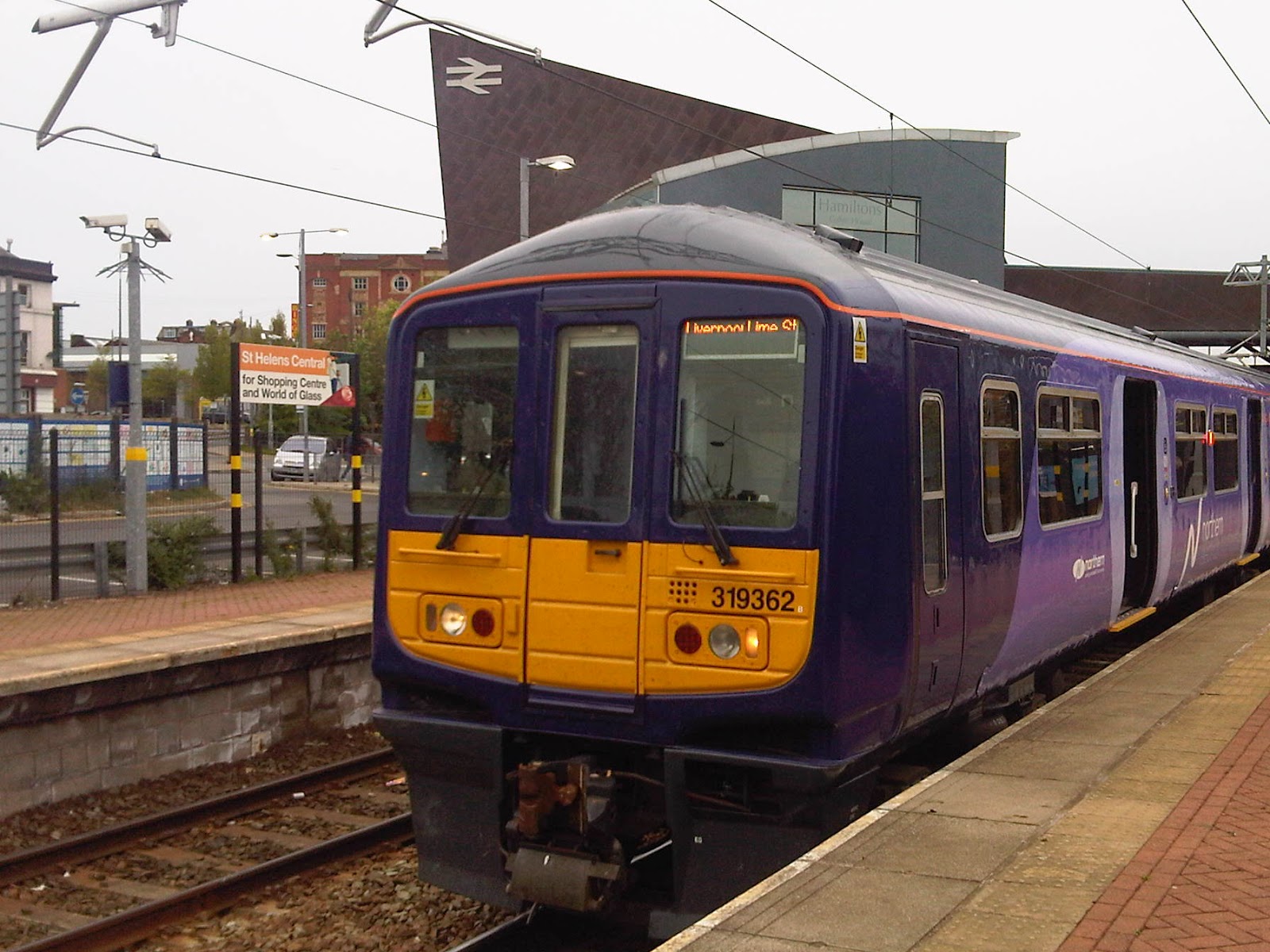 So for phase 2 that's only Manchester Victoria still waiting for a passenger working.  Any day now?

Apparently ten 319s should be diagrammed from the start of the new timetable so we can expect to see a lot more use on stopping trains soon.
Posted by Phil Wieland at 10:30 No comments: