The Light At The End Of The Tunnel

Network Rail have announced that the Farnworth Tunnel works will be completed with a final two-day closure of the route on Saturday 12 and Sunday 13 December, followed by a full train service from Monday 14 December.

I referred to the footbridge fiasco at Rainhill in the blog yesterday, and it occurred to me afterwards that some readers wouldn't know what I was on about, so here's a summary:

There are two footbridges at Rainhill station, one towards the western end for passengers to cross between the platforms, and the other just beyond the eastern end of the platforms, providing public access across the railway.

Both bridges were too low for the overhead to fit beneath them when the line was electrified, so Network Rail came up with what appeared at the time to be a rather good idea, and raised the bridges by adding brick plinths and a few extra steps at the bottom.  This retained the traditional appearance, in keeping with the rest of this historic station which was built in the 1860s (Although I doubt if the bridges are that old.)  The station is listed, grade II, so modern ramped replacement bridges were unlikely to be permitted.

Unfortunately new European regulations require that bridges over electrified lines must have parapets 1.8 metres high.  The EC Directive was passed in 2008 and UK legislation came into force in January 2012.

Apparently these rules came as a complete surprise to Network Rail this year, so an urgent bodge job of scaffolding and timber was required before our electric trains could start, back in March.

Eight months later the temporary structures are still in place, although to be fair there is a sign promising that "a more aesthetically pleasing and permanent solution" is being designed.

Here you can see the western bridge, with the fairly neat extra brickwork for raising it, and the tatty woodwork added for the new regulations. 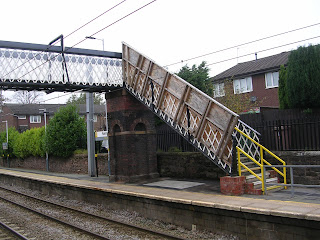 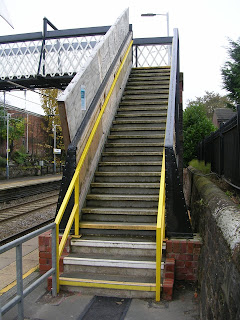 If you think that's ugly, wait until you see the other bridge! 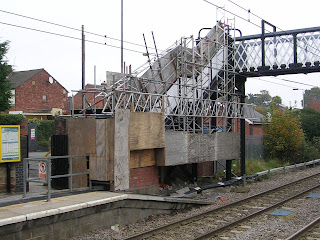 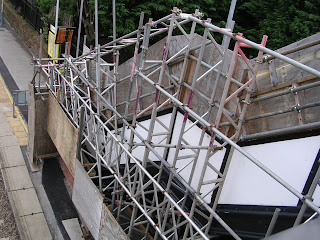 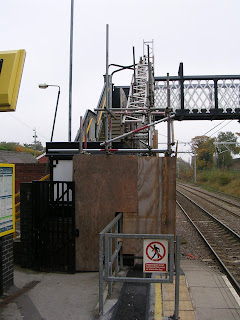 Let's hope Network Rail come up with a good solution before too long.
Posted by Phil Wieland at 21:02 1 comment: 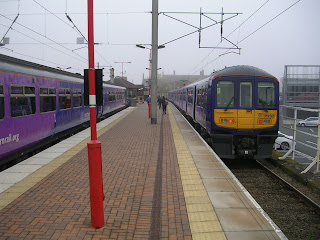 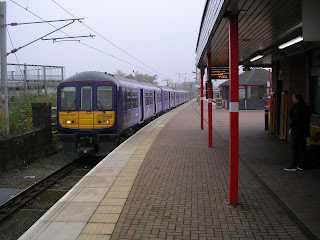