Work is proceeding apace on the extra tracks through Huyton and Roby.  My thanks go to David Hull for a very comprehensive report and the following pictures.

See my previous blog post for a plan of the track layouts. 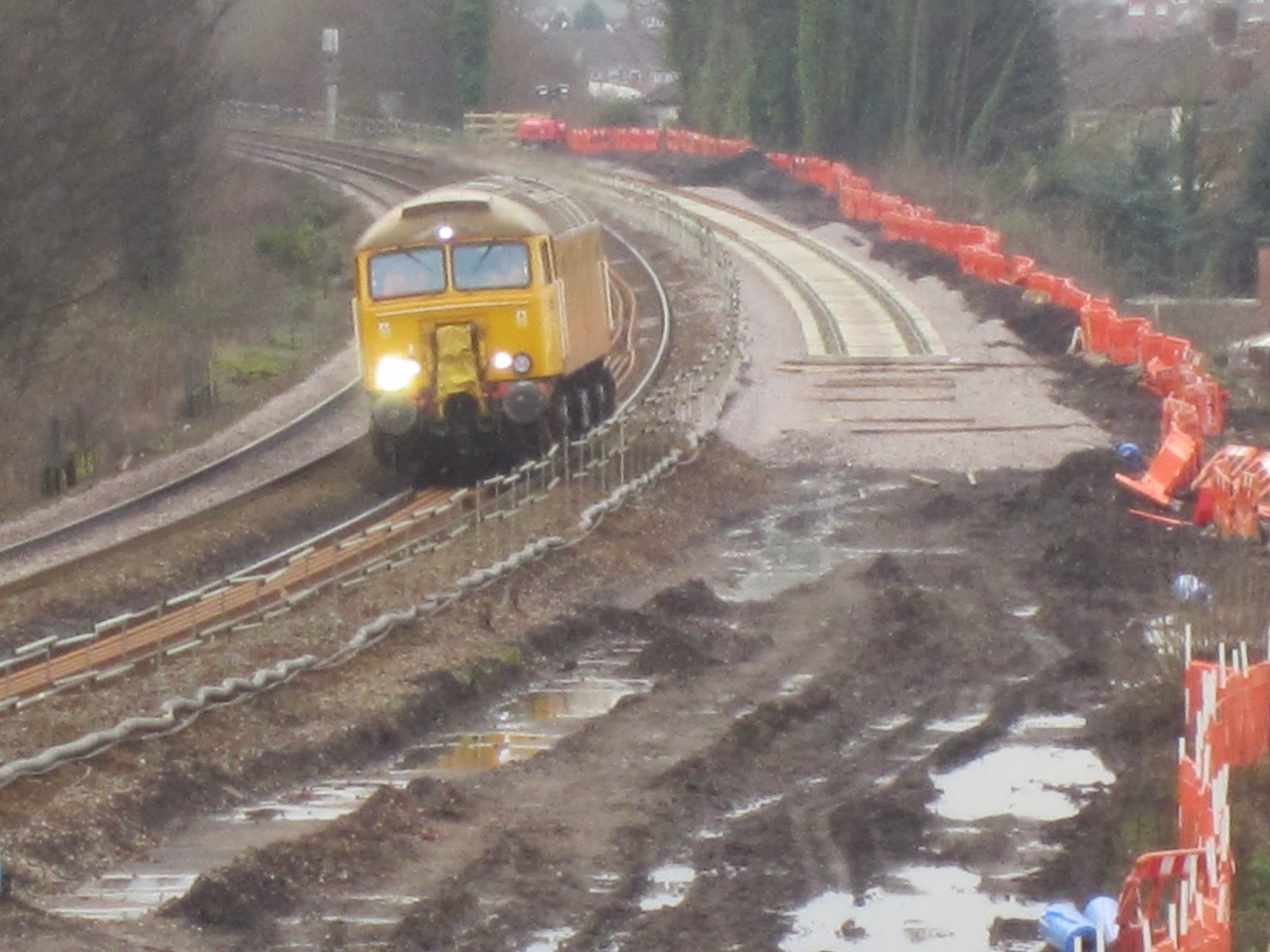 Two lengths of track on the third line have been laid, one west of Roby and one between Roby and Huyton.  Here's a shot looking west from Roby.


The piling work west of Roby continues, it would appear that the embankment needs widening to make room for four tracks.  Apparently the LNWR's parsimonious track spacing does not comply with modern standards. 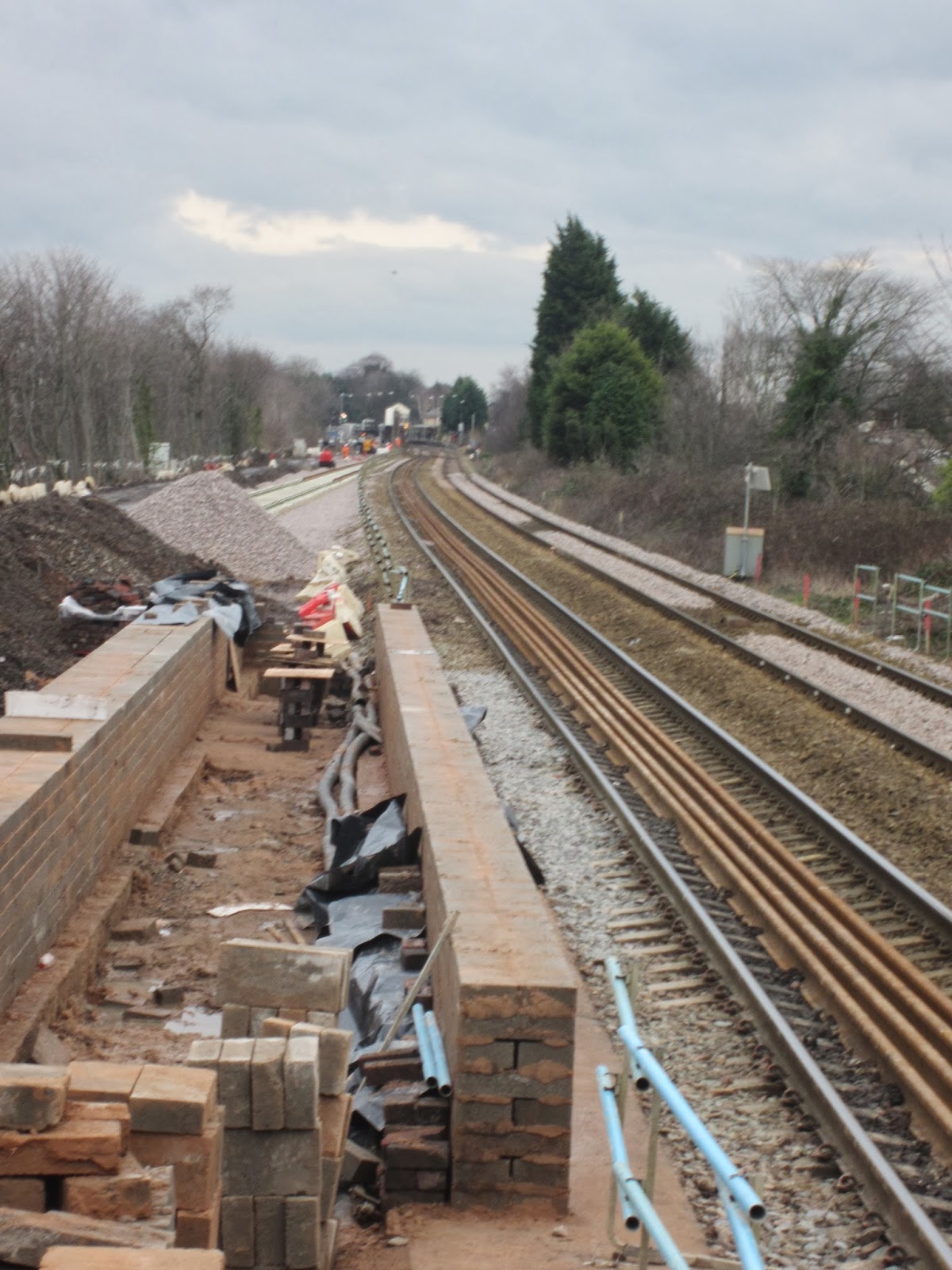 Brickwork is being laid for platform extensions.

The explanation for the props under the canopy is that the work to gut the station building and install a lift shaft will remove the counterbalancing in the building's structure.  When the work is complete the props can be removed.

The joint I complained about in the subway continues to seep water, but the fact that the subway is not full after the recent wet weather is a tremendous improvement on previous years.

A different access route for platform two is in use, leaving the platform west of the shelter and running along the new formation to join the access ramp half way down.  This is because the east-most end of the platform is closed to allow constructiuon of a lift shaft.

Platform edging for platform 4 is well under way. 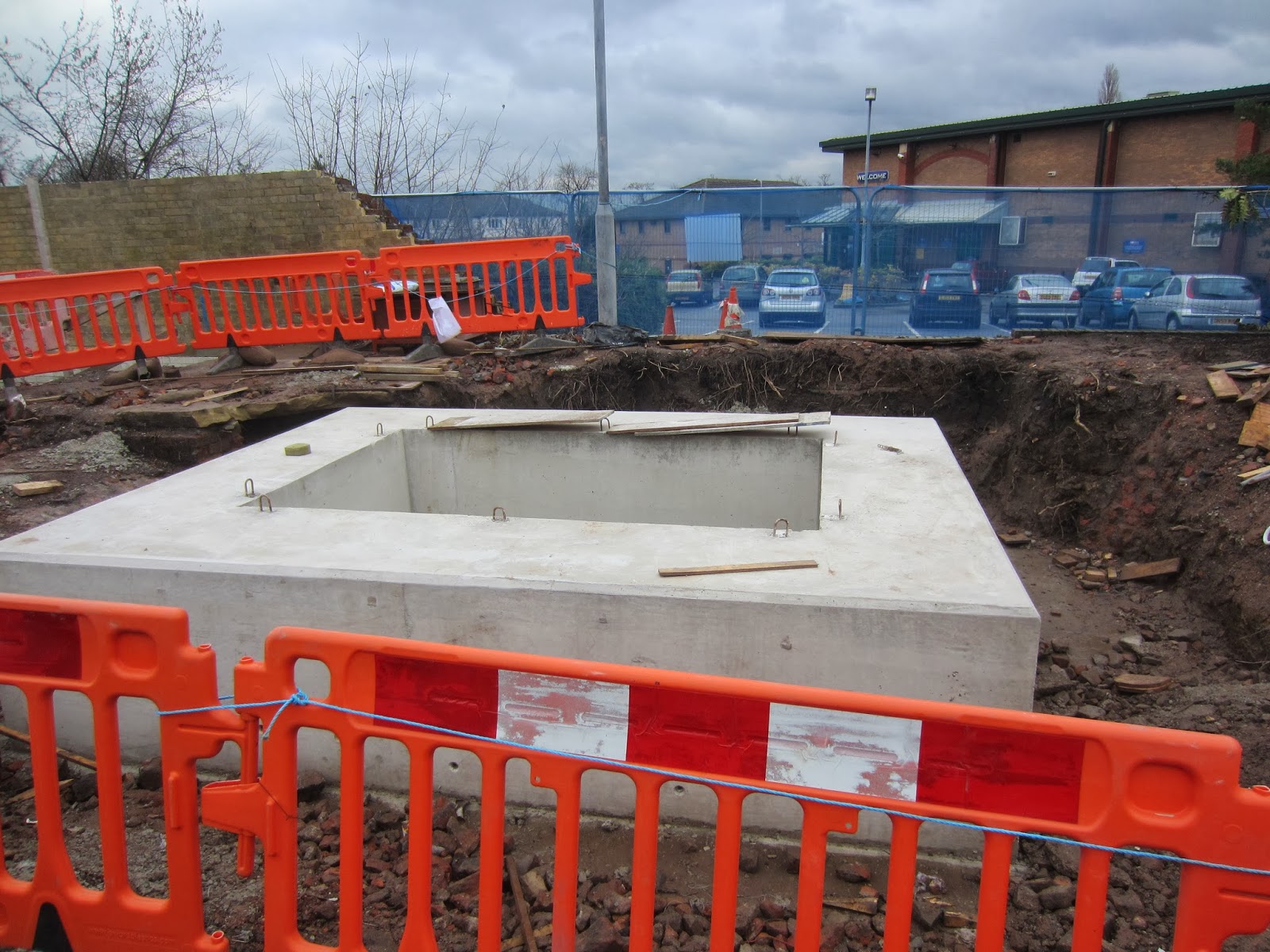 Lift shaft construction is progressing, with the one on platform 4 complete to ground level.

The western ends of the existing platforms are closed off with these rustic-looking gates. 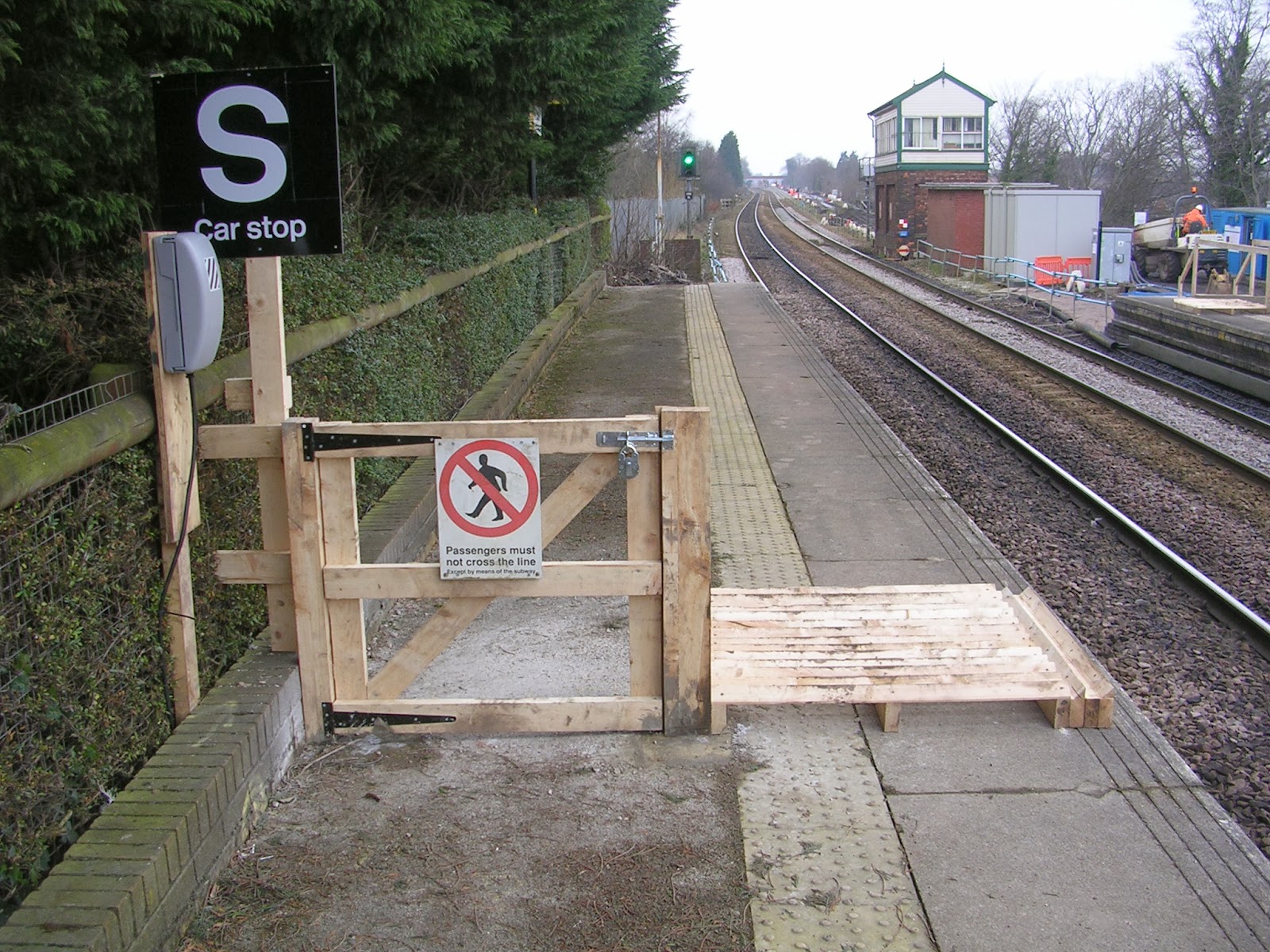 Typographical nit-pickers will note that the S is upside down!  Surprisingly the sign at the other end of the station is correct.
Posted by Phil Wieland at 12:52 5 comments:

Details of the new timetable, valid 18th May to 13th December, are appearing in the schedule database.  At this early stage they must be considered provisional.

Points noted so far are:

Posted by Phil Wieland at 04:44 No comments: 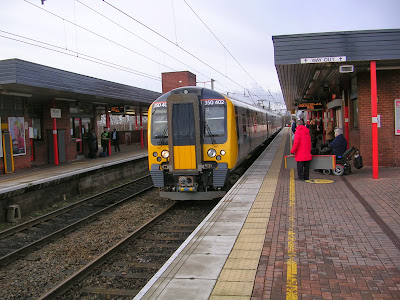 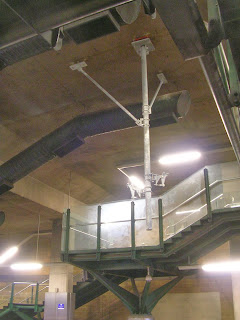