Over in eastern Manchester, construction work is just about finished (They were installing handrails on the footpaths when I was there.) on Network Rail's North West Operating Centre.  I'm given to understand that one of its first roles will be to control the signalling at the remodelled Huyton Junction and the new Roby Junction, presumably from mid-July. 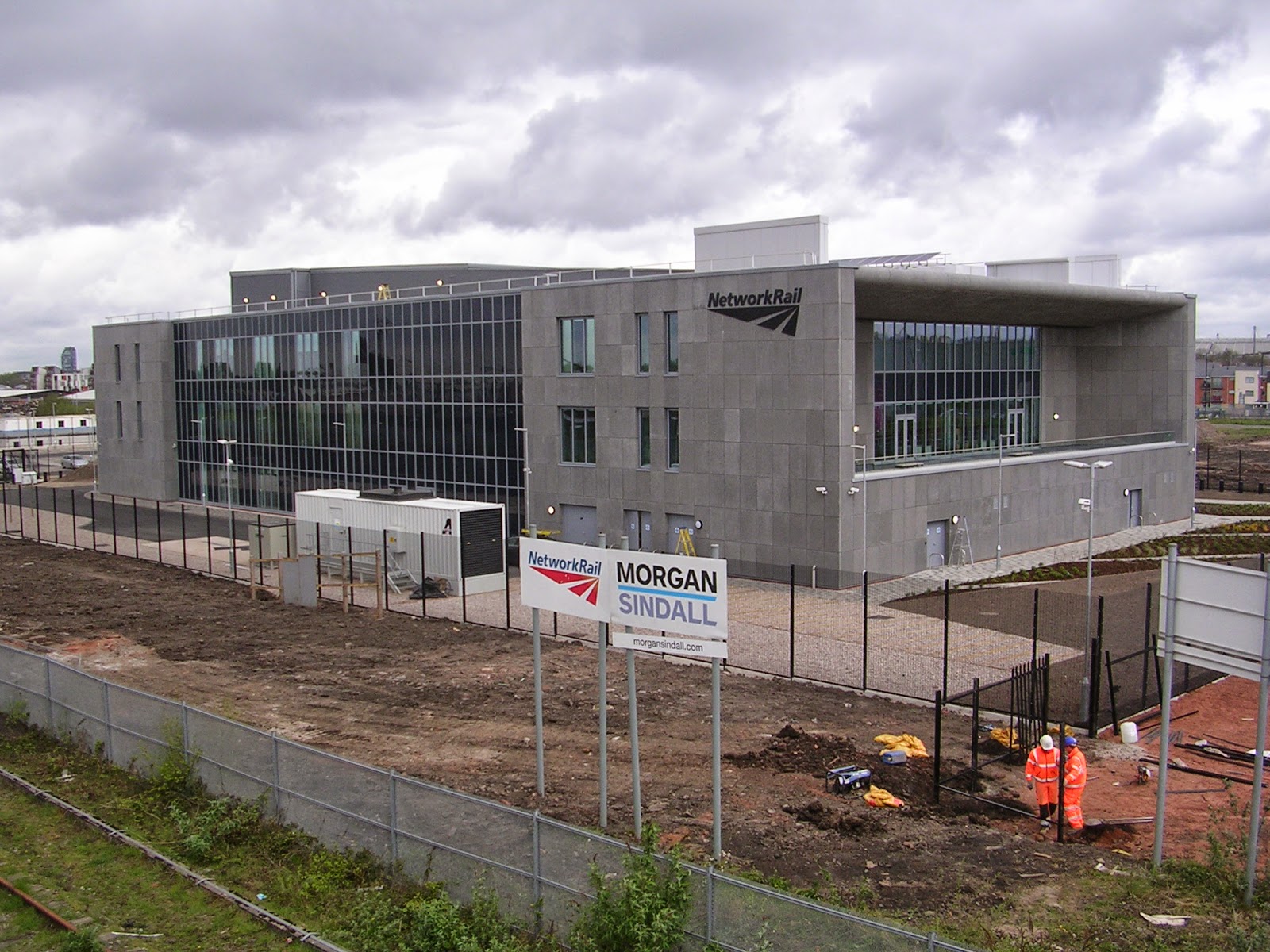 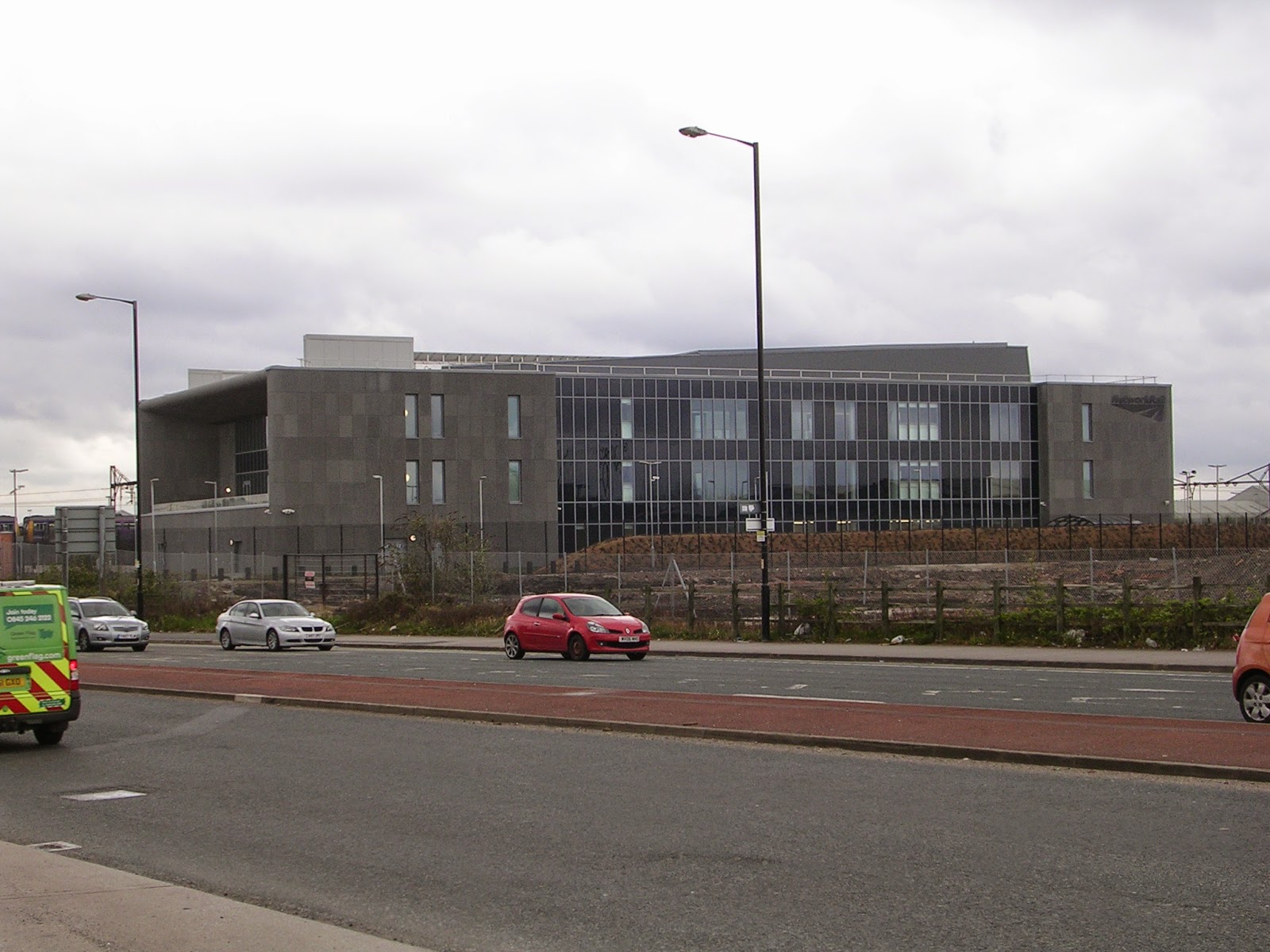 Eventually, this centre will control railways all over the North West.

As to the architecture, it's a bit brutal but actually they have cleverly managed to avoid creating a plain ugly cube, so I think I would sum it up as "imposing".

P.S. While travelling to Ashburys I was able to spot an error in the maps on my web site:  The eastern access to TPE's Ardwick depot is not electrified.
Posted by Phil Wieland at 19:39 No comments: