I visited Lime Street to see what changes were made over Christmas.  In summary:-


Work on demolishing the existing platform 6 is well under way.  It is to be rebuilt longer and straighter and will be numbered 5 in the new layout: 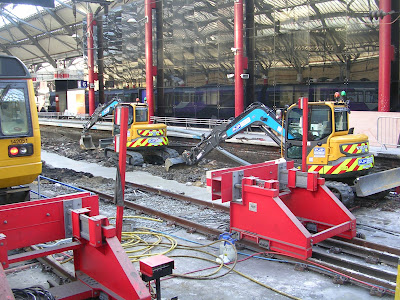 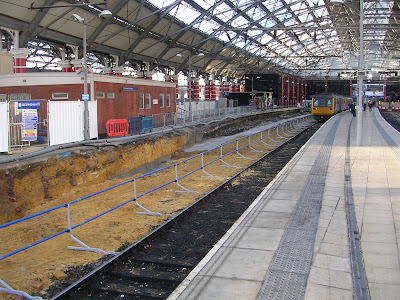 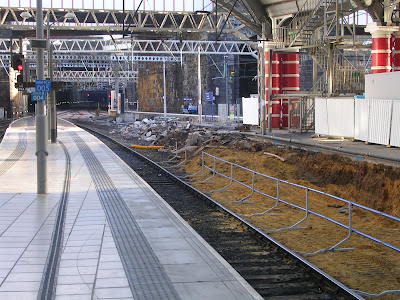 The brand new platform 8 and the former platform 8 now numbered 9 share this island: 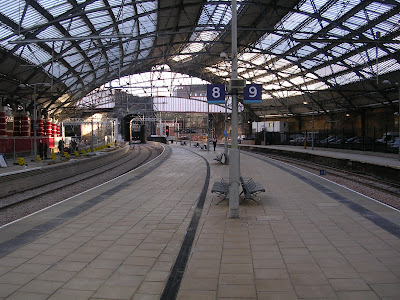 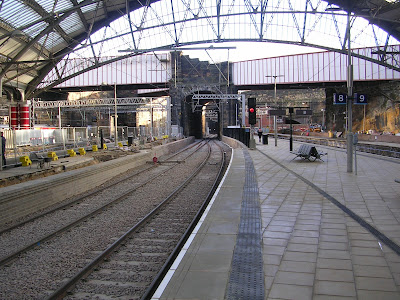 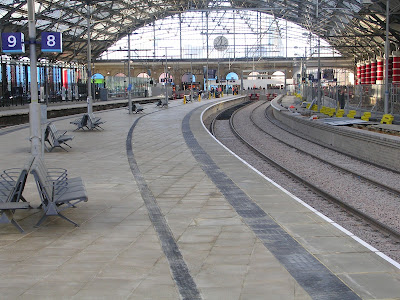 This ugly board is to hide the platform 7 (old number) exit signal which is just behind the right hand edge of the panel in this shot, from trains leaving the new platforms 7 and 8 on the track nearest the camera: 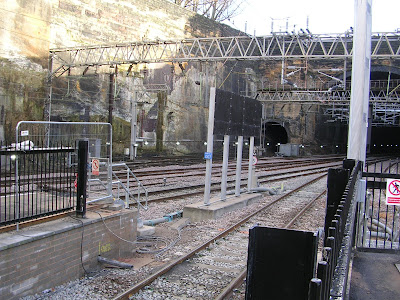 Some new departure panels have been added at the concourse end, still wrapped in bubblewrap today: 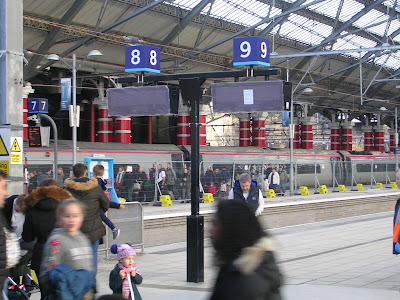 At about half past five today (Saturday) I was rather startled to see a long string of VSTP (Very Short Term Planning) timetable updates which have cancelled every train on the Liverpool/Wigan/Preston service tomorrow.

I am not aware of any announced closure of this line on Christmas Eve so if this is genuine there will be some unhappy people at St Helens station tomorrow.

I notice National Rail are still showing the trains as running, suggesting this is merely a database wobble.  Let's hope so!   I wonder if someone has pressed the wrong button shortly before going home.

P.S. I checked Real Time Trains, and they also show the trains as cancelled, so at least I can rule out a problem in my software.

Update Sunday 10:00:  National Rail are now showing these as cancelled due to shortage of train crew, and so far nothing has run through St Helens.

Update Sunday 13:45:  A handful of services have just been re-instated, with one train making two out and back trips Liverpool - Wigan.
Posted by Phil Wieland at 20:27 No comments: