Rest Of The World

This blog has been concentrating for the last few weeks on the work at Huyton, so a round-up of headlines from the rest of the area is long overdue. My thanks go to the many correspondents who have provided updates.

Earlestown
Apart from one mast base on the derelict platform parallel to platform 3, and one "scrape" just off the east end of platform 2, there is nothing visible in the station area. The listed building planning permission was granted on the 16th July. 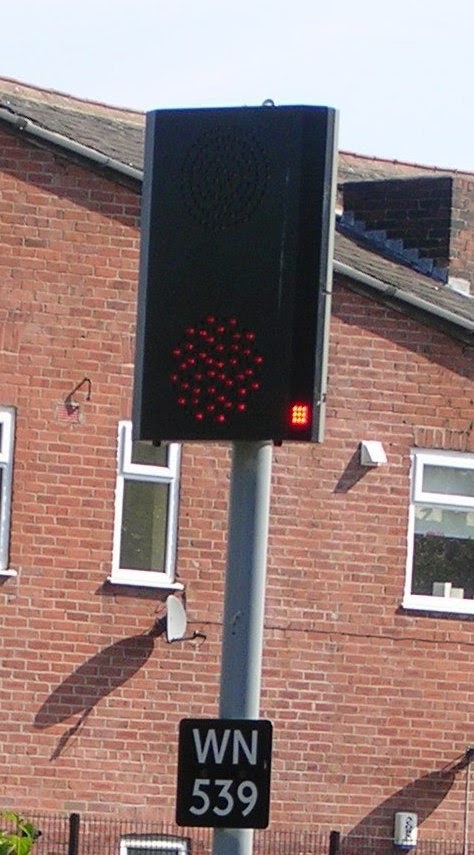 The new signals here, controlled from Warrington, are of a different design to the new ones at Huyton, and have a side indication ("pig's ear") for drivers stopped at the signal.

I notice that west of Earlestown the mast bases on the south side of the line seem to be far enough back to fit a fourth line parallel with the loop.
There is no visible sign of work on Sankey Viaduct where the planning permission was granted a few weeks ago.

Astley
The substation here is partially covered in scaffolding, suggesting work is still not complete.

Thatto Heath
Work has started in the "canyon".

Manchester Victoria
Almost all the masts and portals seem to be in place between Ordsall Lane Junction and Victoria, and the majority have arms fitted.

Phase Two Wires
Wires have appeared at various locations on the Huyton - Wigan line, and also at Wavertree.

Chorley
The blockade for work on Chorley Tunnel is under way. I was on the Manchester end of this line on Wednesday and timekeeping was very poor, but whether that was due to the extra load on the Bolton to Wigan section I cannot say.

Rolling Stock
A second 319 is rumoured to be arriving in August.

New Timetable
The new timetable, starting 14th December 2014, is appearing in the timetable database; obviously it's all provisional at the moment. Around Huyton, it looks identical to the current one, except that late evening trains are restored (As they are in the current timetable from 8th September). Rather surprisingly, up trains at Huyton are still shown as using platform 2 - Hasn't anyone told them? 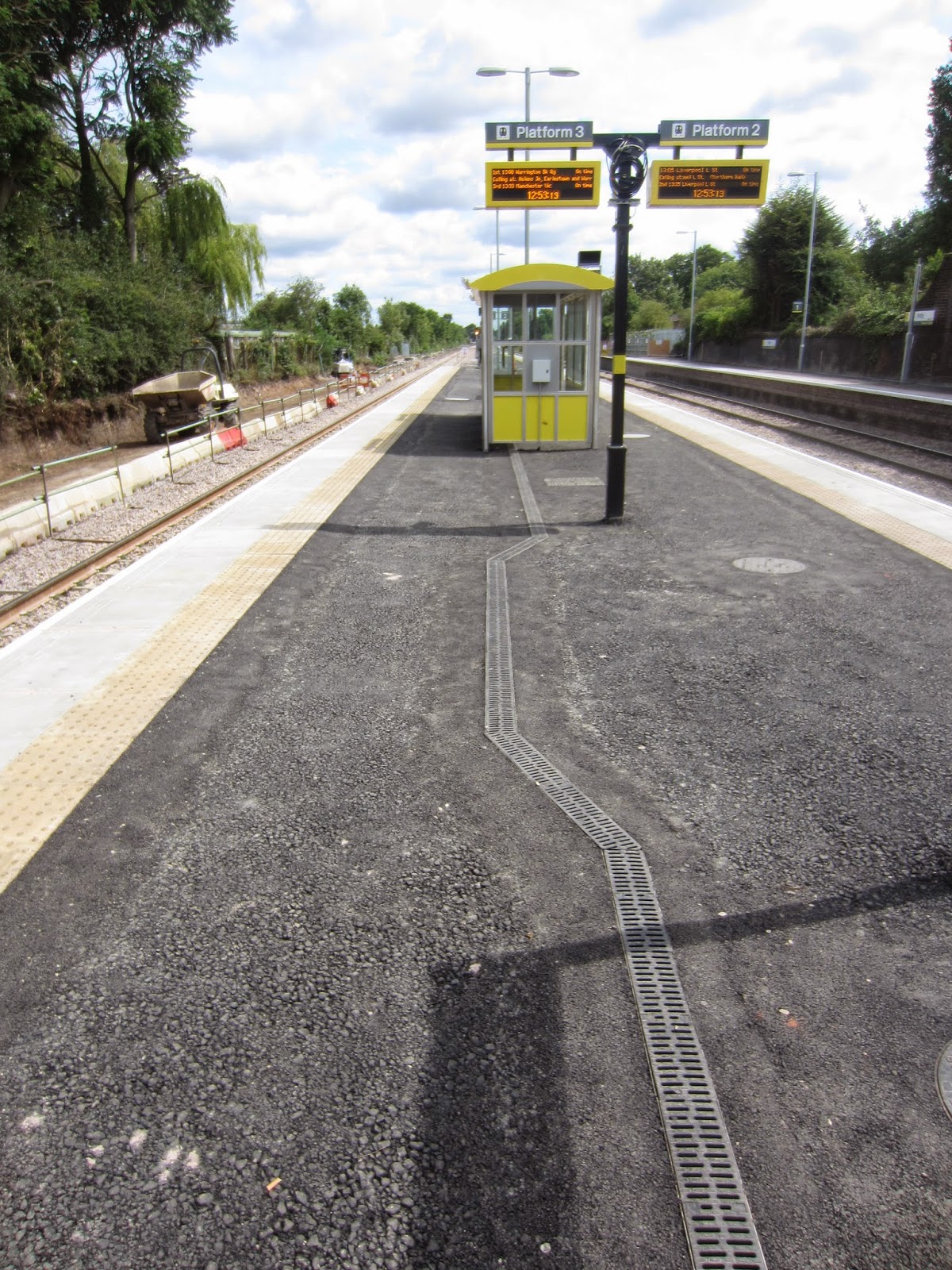 Huyton and Roby
The TWA application for the fourth track at Huyton was approved on 23rd July.

David Hull sent this picture of a kinky drain on platforms 2 and 3 at Roby, obviously ready for a mast base!
Posted by Phil Wieland at 13:49 2 comments: