Work continues at Huyton Junction, and I noticed a signal base has appeared for the platform four "starter".  (If anyone has the numbers for the new signals I'd be grateful.) 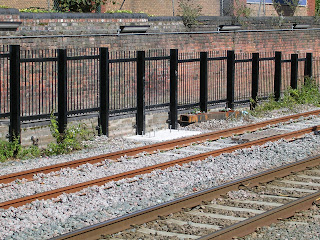 I also noticed a shiny new AWS magnet in the four foot west of Roby and since writing that I've seen another one in platform 4 there.  TPWS grids have appeared as well, you can see one in the above photo.

The edge of platform four at Huyton is suffering the same demolition and rebuild as happened at Roby: 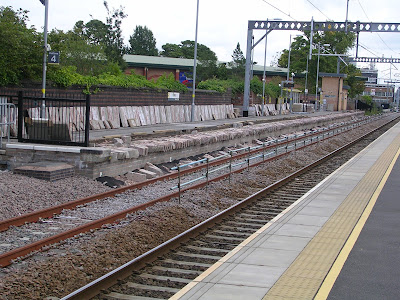 Clearly someone slipped up - I hope we're not paying for all this work to be redone.

At Lime Street, the new platforms are well on their way: 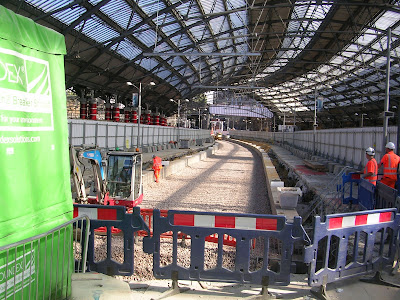 Posted by Phil Wieland at 10:20 No comments: