The car park at the telephone exchange is back in normal use.

More interestingly, a couple of panels of new track have been laid, extending the fourth line a little further eastwards towards Huyton Junction.  (The track previously stopped in line with the end of the platform.) 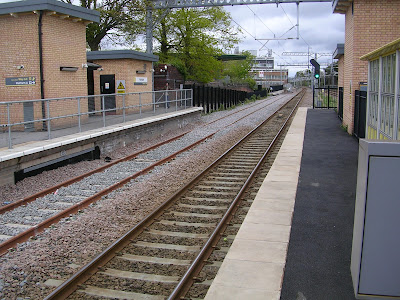 Work to demolish the former post office building between platforms seven and eight is progressing slowly, although I couldn't see anyone working on Thursday afternoon - Perhaps they can only knock down walls outside traffic hours. 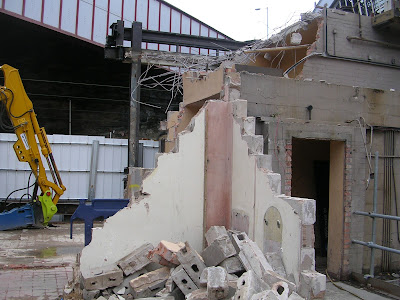 Update - 7 May:
The above picture was taken on 27 April.  Ten days later things had moved on significantly: 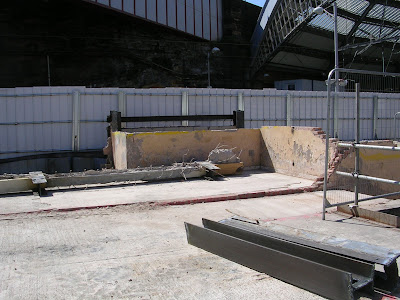 Posted by Phil Wieland at 12:00 No comments: