At Huyton a further length of the fourth line, from the current end of rails to the far end of the telephone exchange, has received sleepers, but no rails yet. 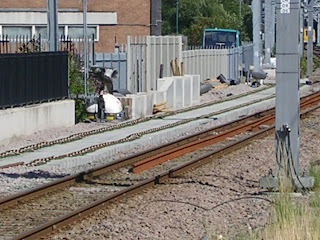 Update:  By Sunday rails were in place on these sleepers, and a number of S&C track panels were stacked on them.


Meanwhile, at Lime Street, the 'hole' which will eventually become the two new platforms, has been almost completely excavated. 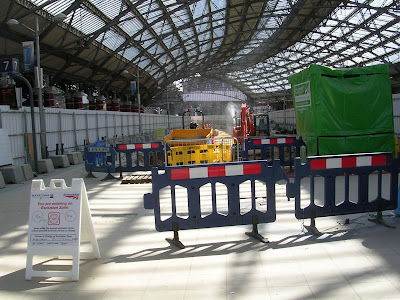