At 05:22:49 this morning, train 5F10 - An ECS working from Lime Street to Warrington Bank Quay - appeared in the train describer feed at Edge Hill, running six minutes late.  It lost a little more time as it proceeded along the new line through platform 3 at Roby and Huyton, and onwards towards Earlestown.  It was followed by a Manchester Airport service and then 2J20 05:20 Lime Street to Manchester Victoria was the first train to call at the new platforms.

(I did consider getting up to photograph this historic occasion, but to be honest I couldn't be bothered.  I expect someone was there?)

Since then, the service would appear to be running fairly smoothly.  A few trains have been late, but no more than a typical Monday morning.

So far, it would appear that all trains from the Earlstown direction are using the Down Chat Moss Fast through platform 1 at Huyton, with platform 2 reserved for trains from the Wigan line.  The current timetable doesn't call for any overtaking of Chat Moss trains so perhaps this will be the standard.

The new signals are generally two lens LED units capable of showing four, or in some cases five, aspects. 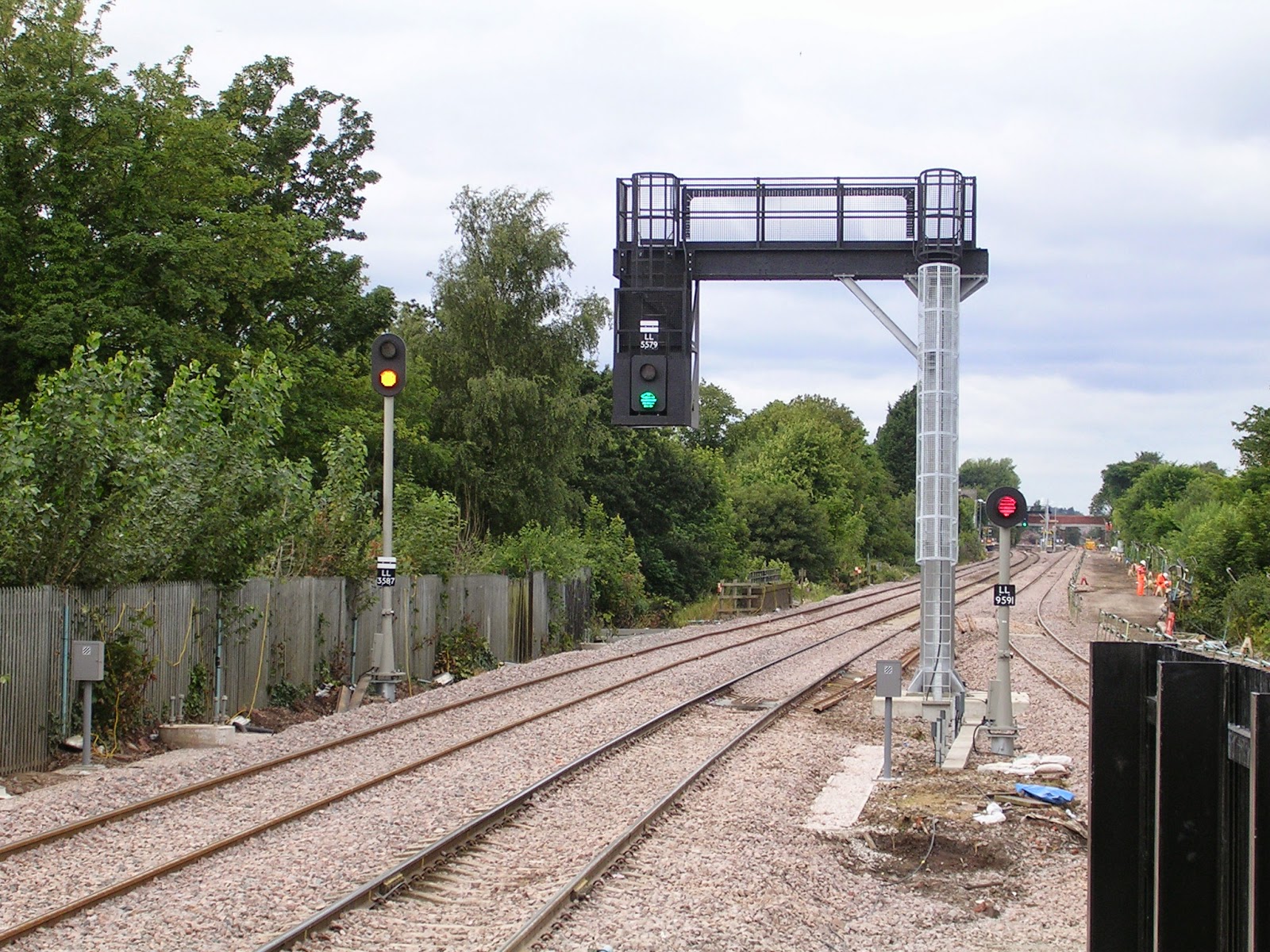 A lemon, a lime and a cherry, looking west from Huyton.  LL9591 is a fixed red for trains reversing in platform 3. 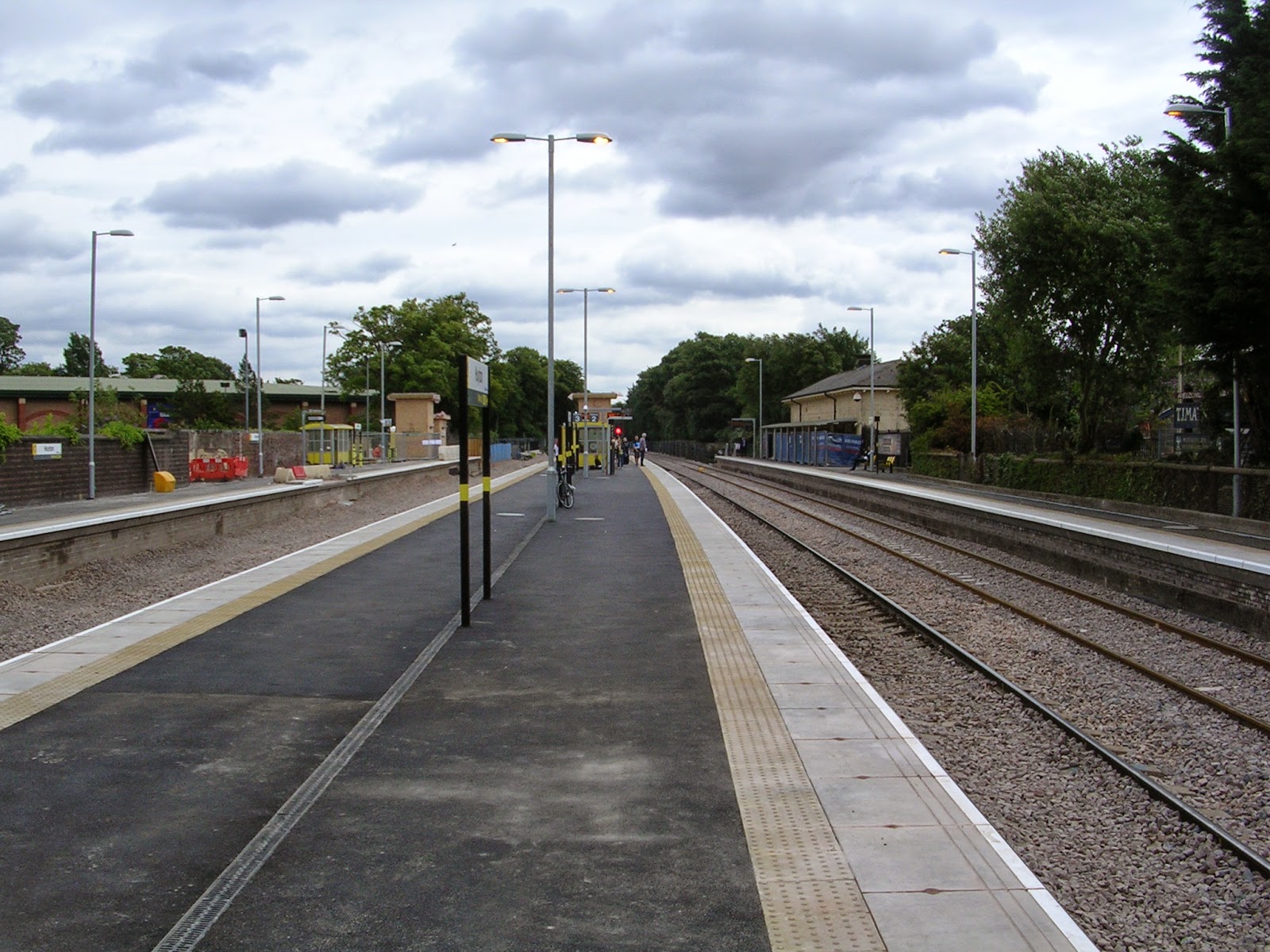 A long view of the new island platform, certainly a transformation over the last week or so. 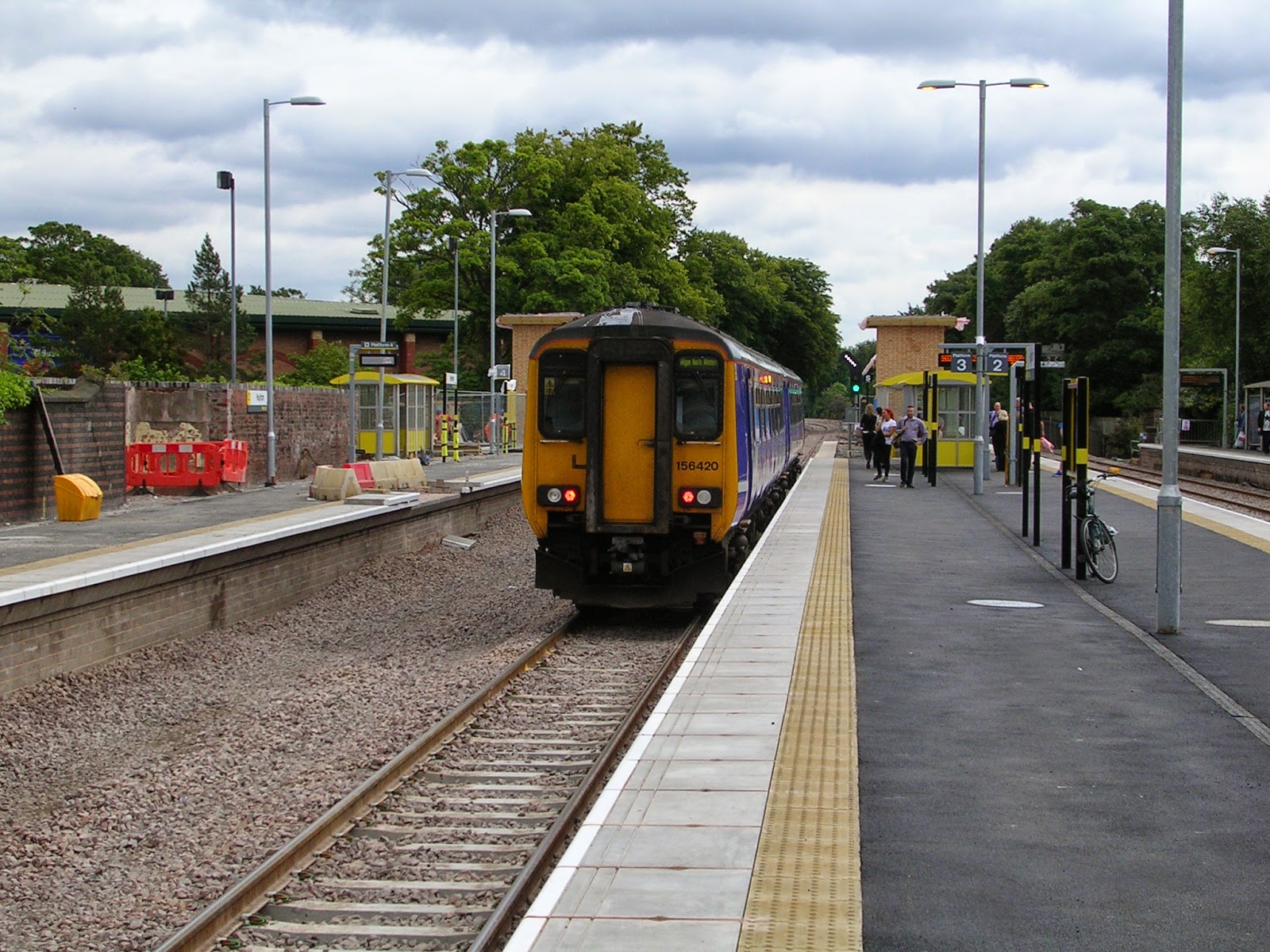 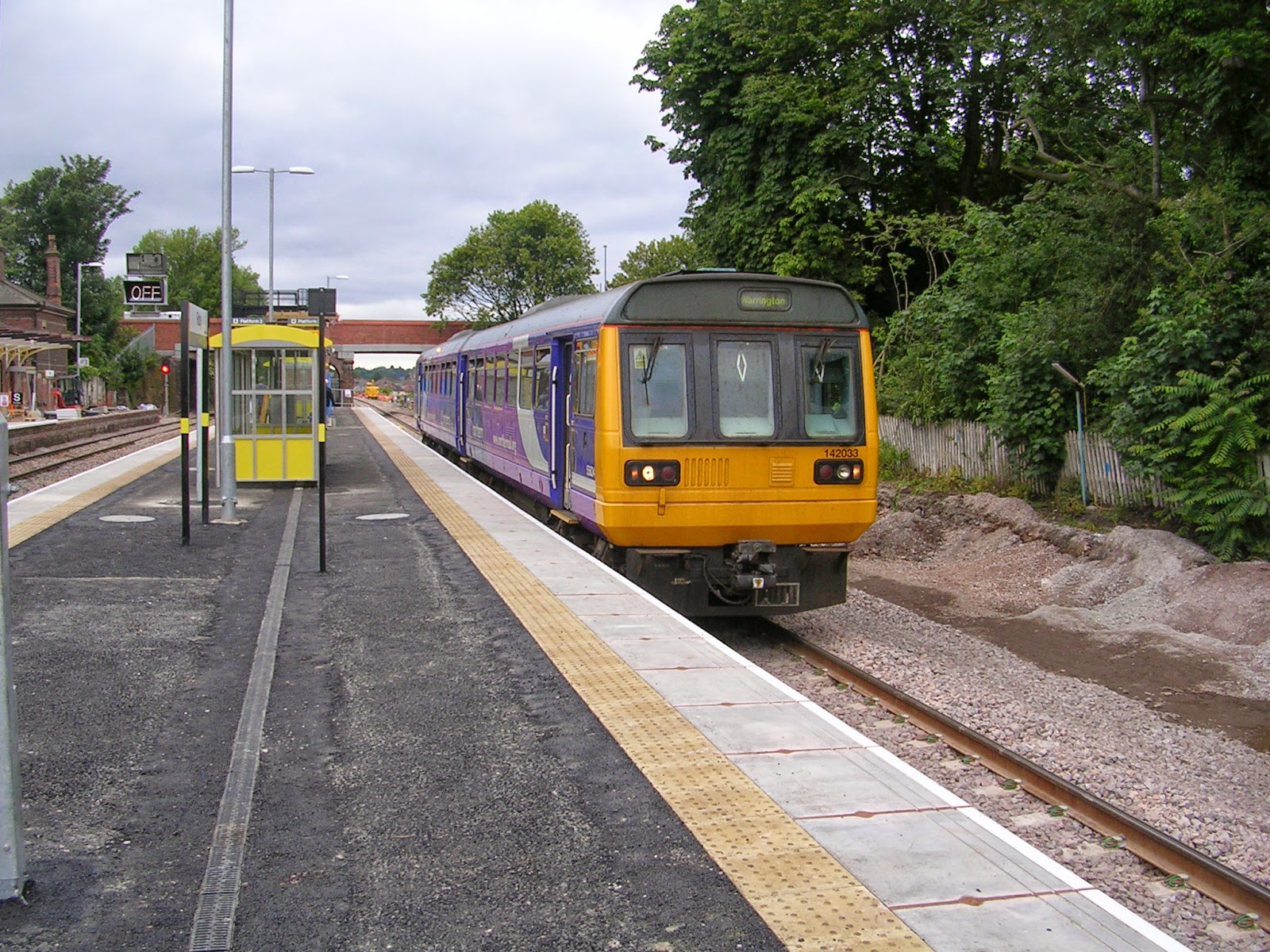 At Roby, a Warrington service stops at the new platform 3. 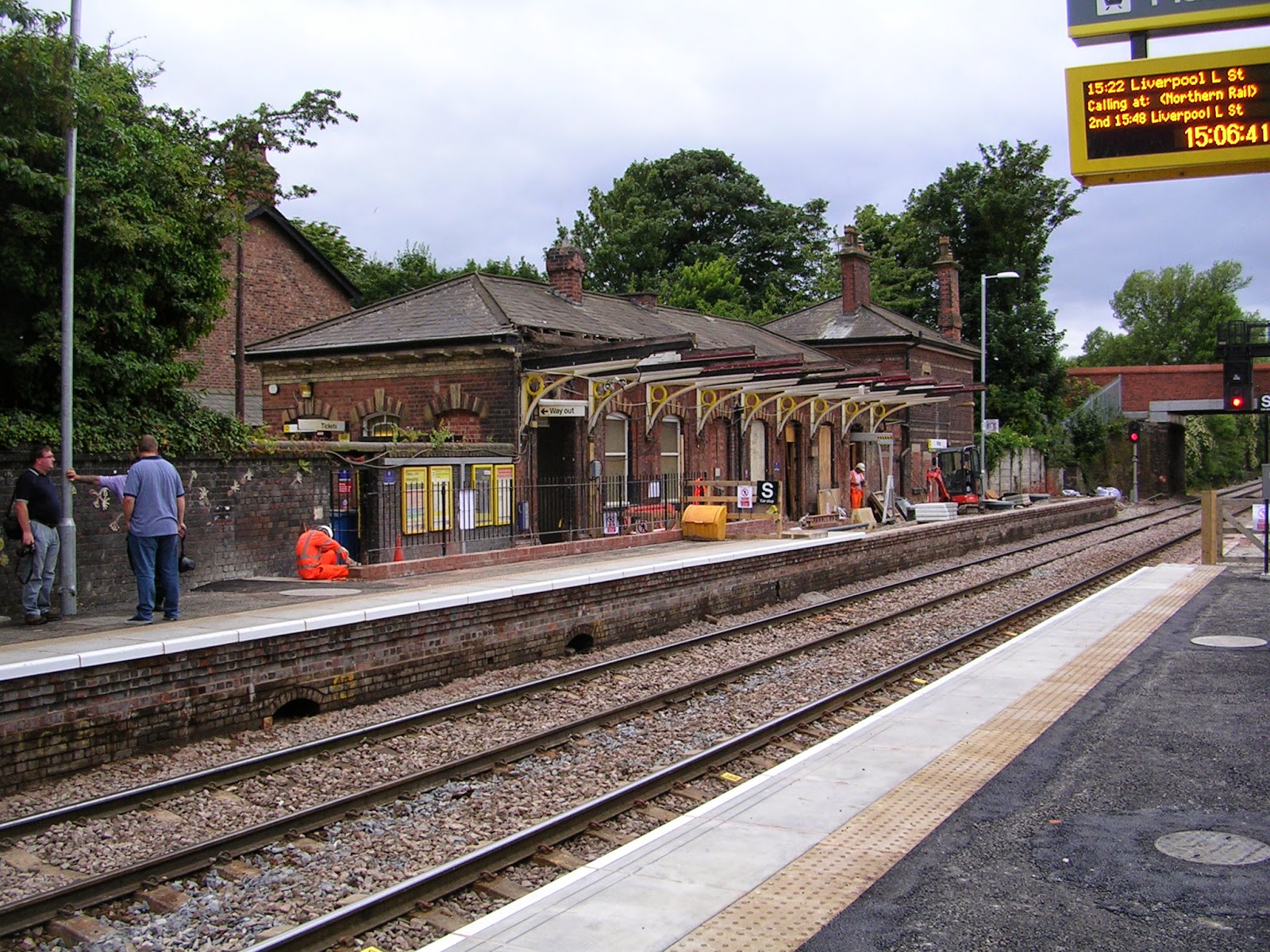 Quite a bit of work still to do on Platform 1.
At Roby the departure displays seemed to be incorrectly showing all down services on platform 2. 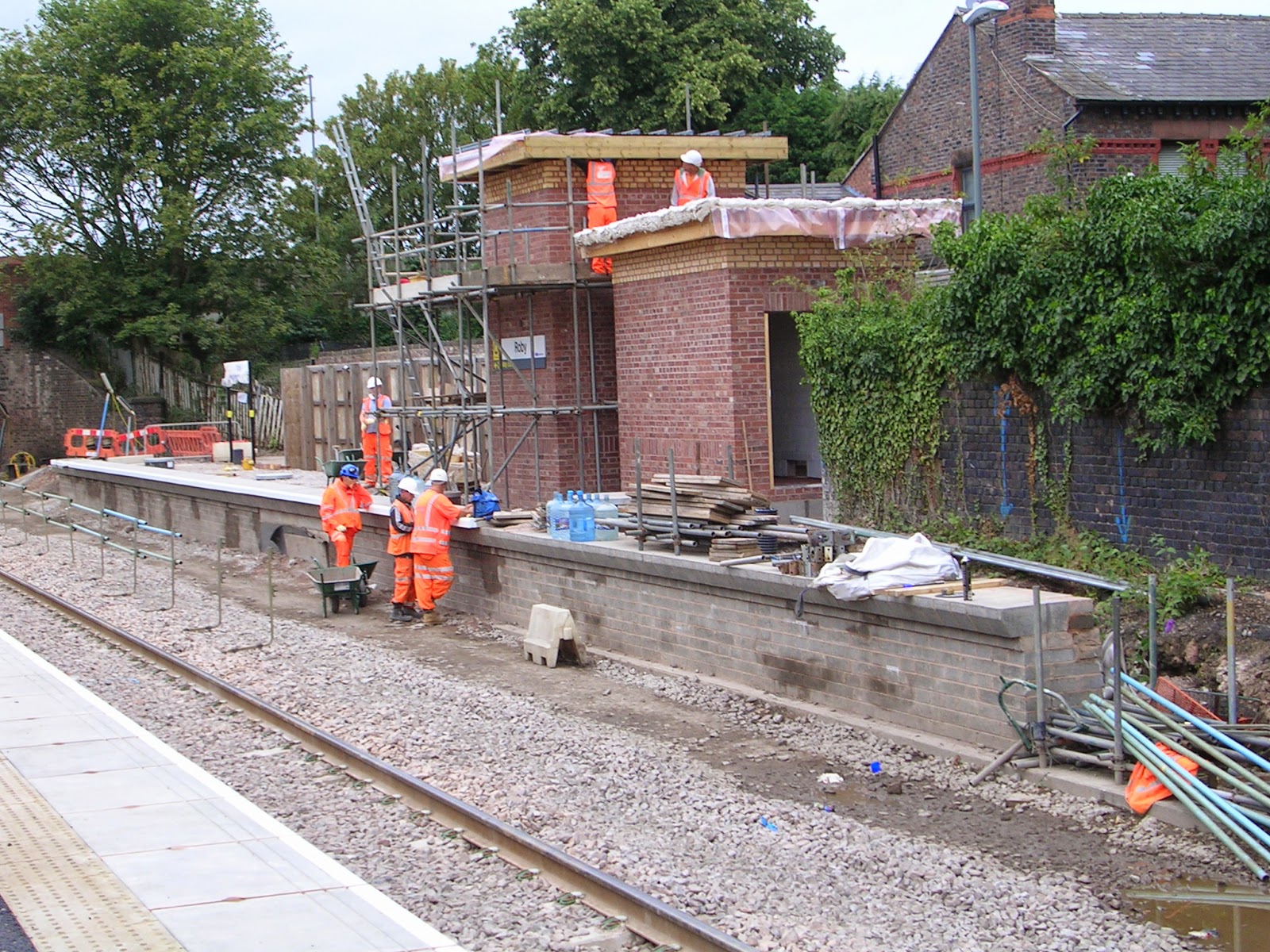 Unlike Huyton, where platform 4 is pretty much complete, Roby only has this short length.  Still, they've got a couple of years to finish it!