I passed by Huyton station a couple of times on Saturday and the big change is the total lack of ballast trains, big cranes, etc.  In other words, the major trackwork is probably complete.

There was plenty of other stuff going on, platforms were being surfaced, poster boards erected and so on.  S&T engineers were fiddling with wires.

So, it's all looking good.  Of course, there's lots of finishing work to be done, and then the small matter of electrification to deal with. 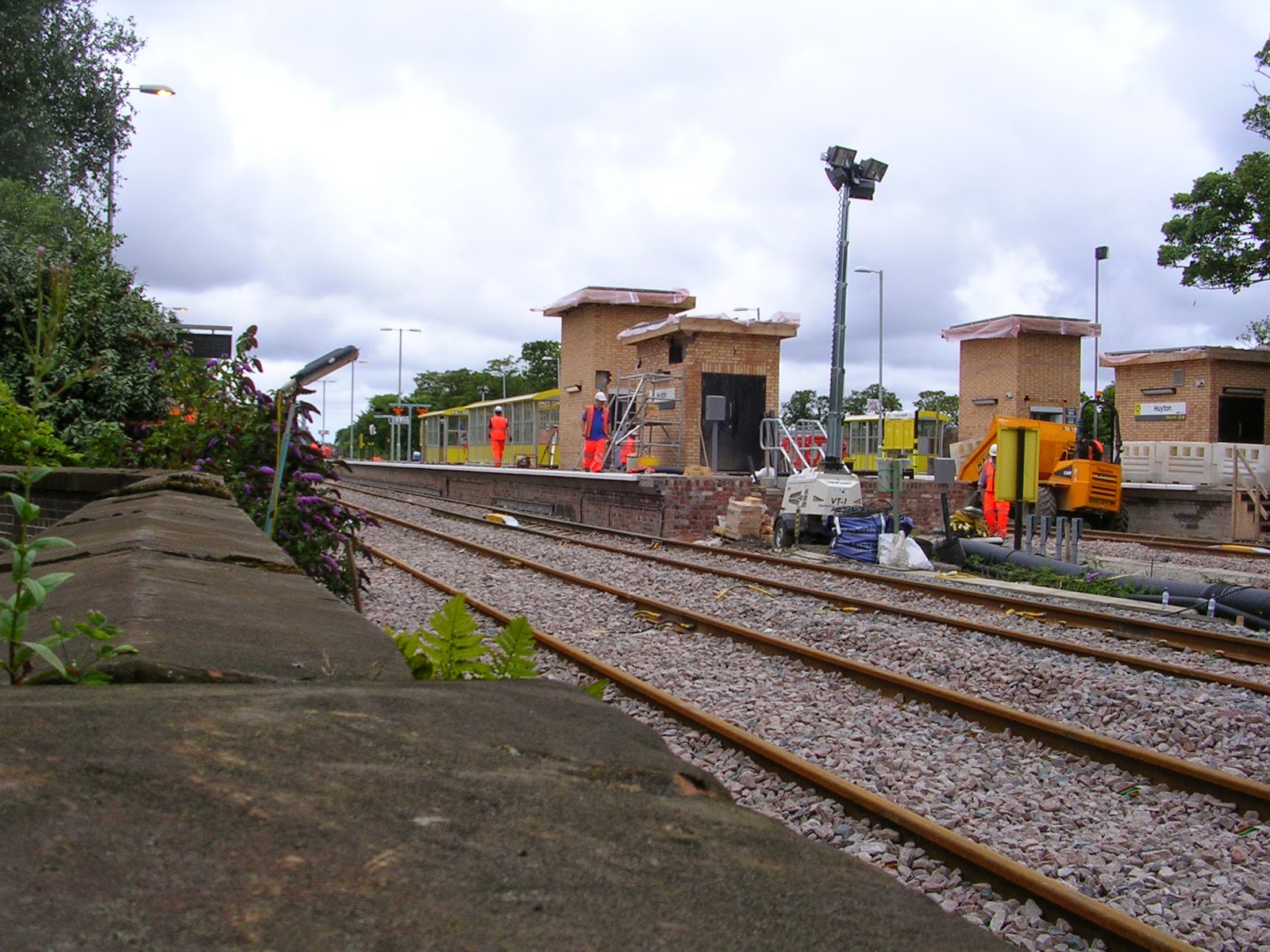 After posting the above I took a Sunday lunchtime stroll .  Huyton has gained an "OFF" indicator half way along platform 2, and departure displays on platforms 2 and 3, both lit. Another feature I've not reported before is a red signal at the west end of platform 3.  Presumably trains will be able to reverse in 3 as well as 2. 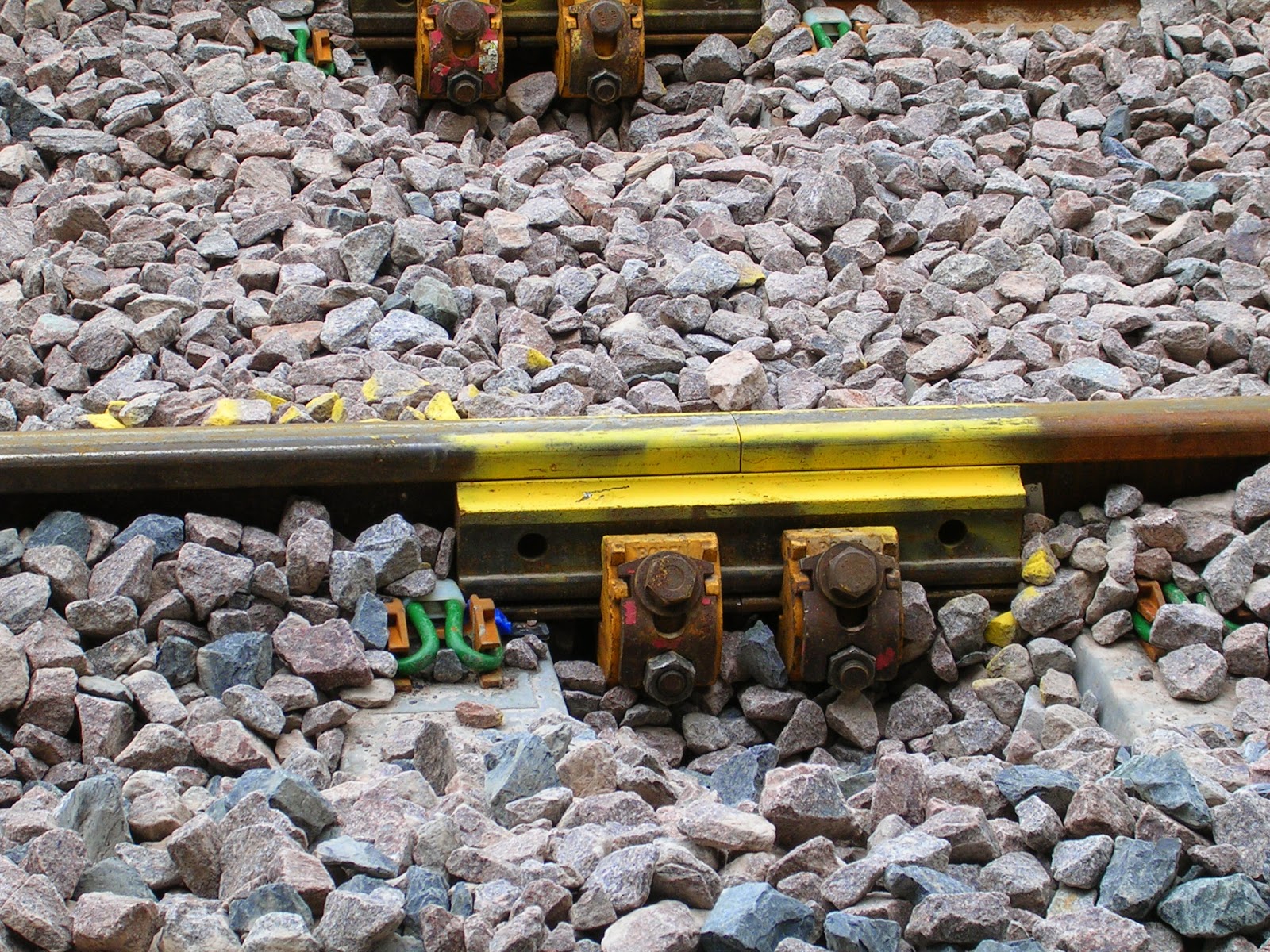 A lot of rail joints remain to be welded, but these can wait for night-time possessions next week. 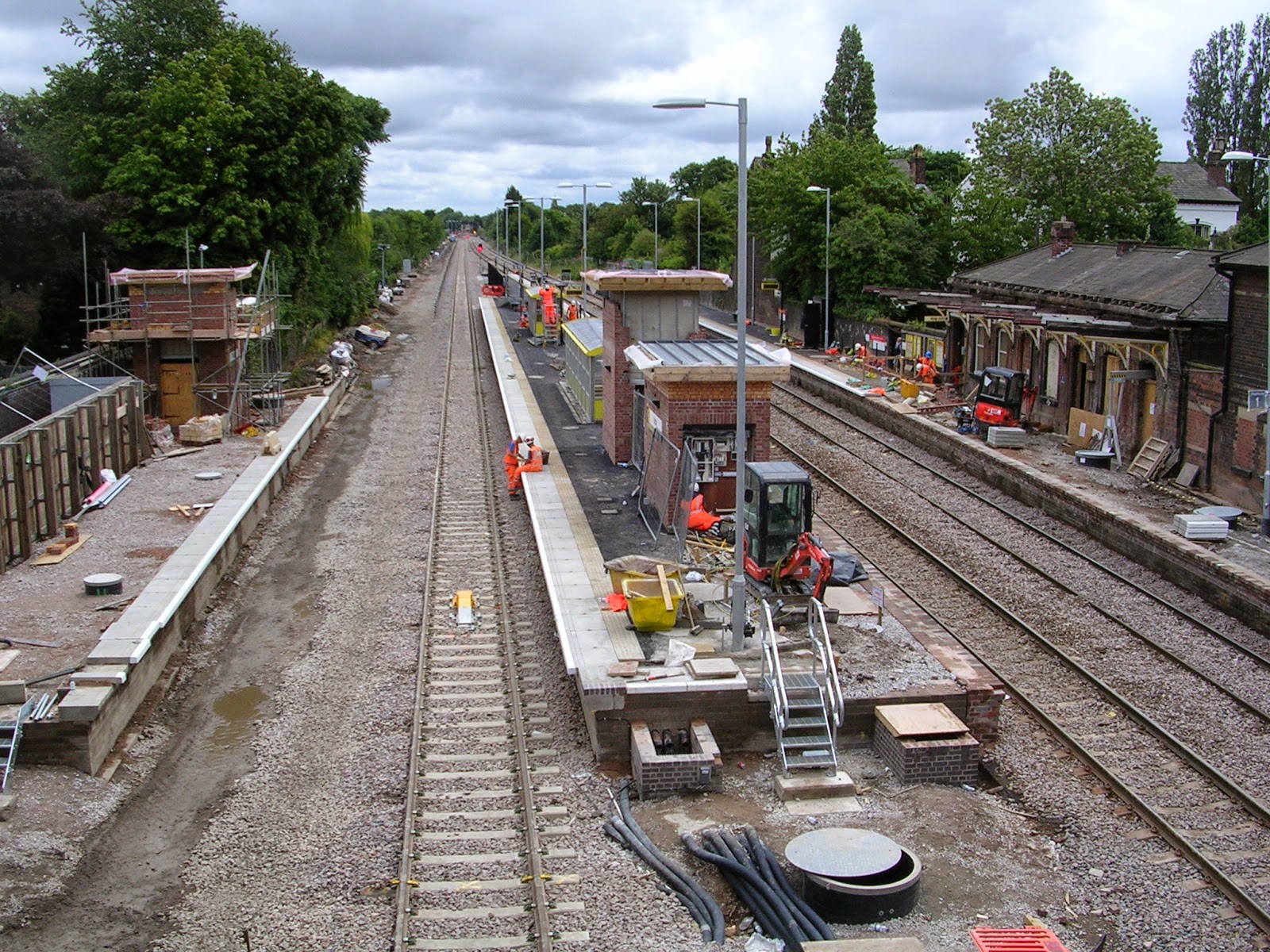 At Roby, the edge of platform 3 is complete, with some final grouting under way.


I have been checking my notes for the previous re-modelling of Huyton Junction which was in 2007 when it was changed from a traditional double junction to the simplified double junction we had until last week.  This was completed in a four day Easter blockade and my logs show the trains running normally on the Tuesday morning.