Things are moving fast at Huyton. 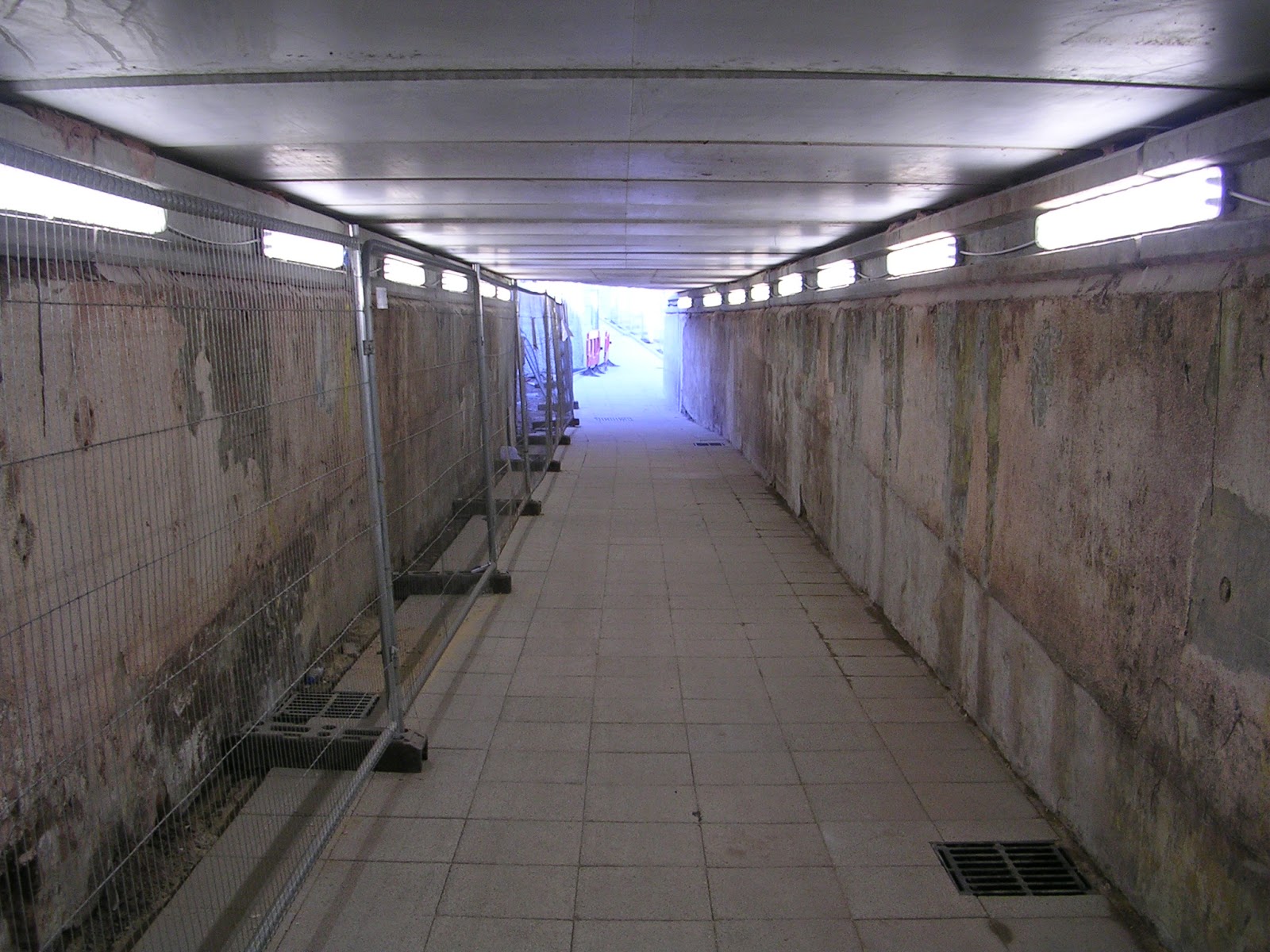 The public subway re-opened sometime on Monday, albeit with some work remaining. 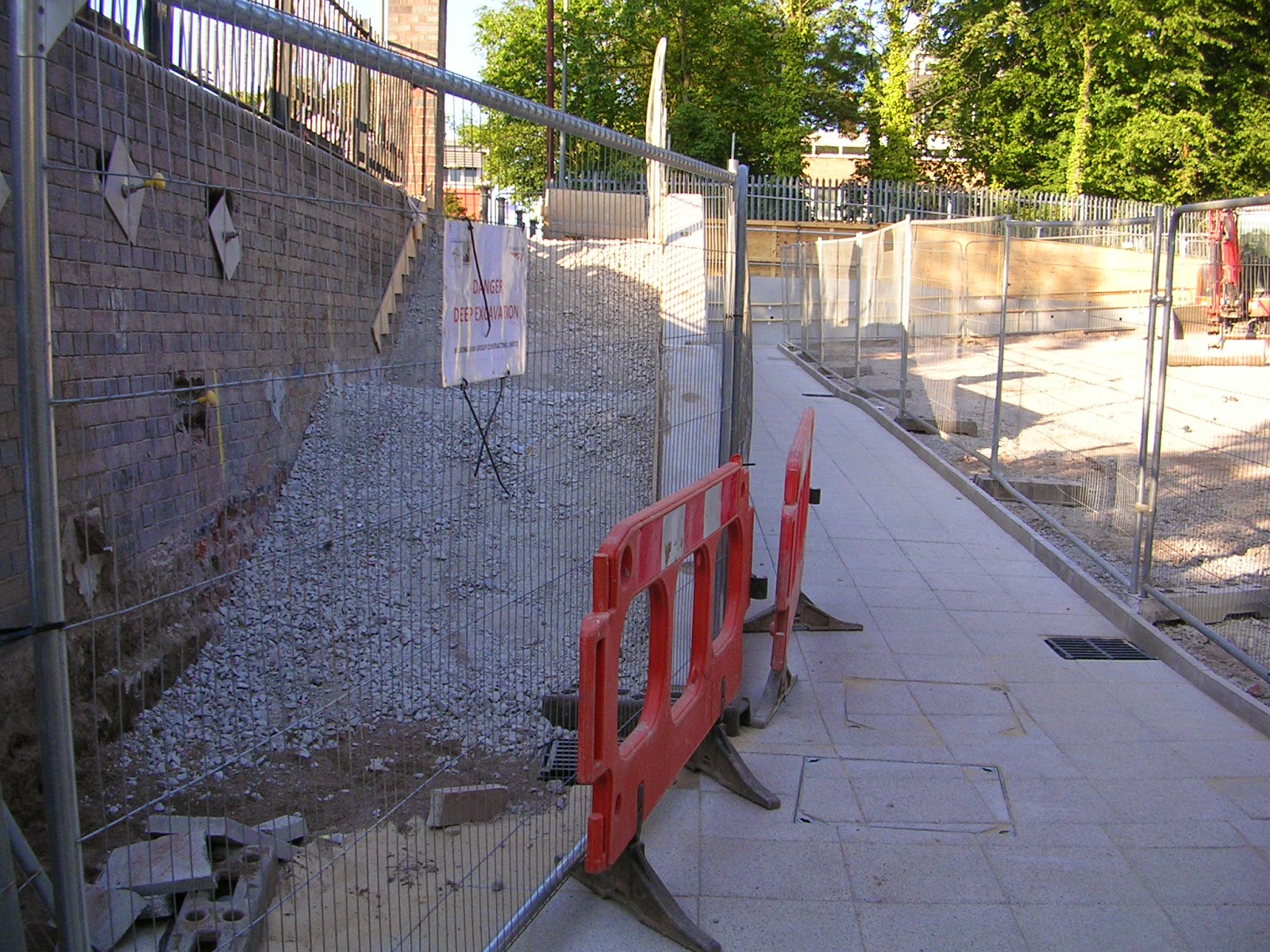 The new stairs at the northern end are missing.  When I visited again on Tuesday they were being worked on. 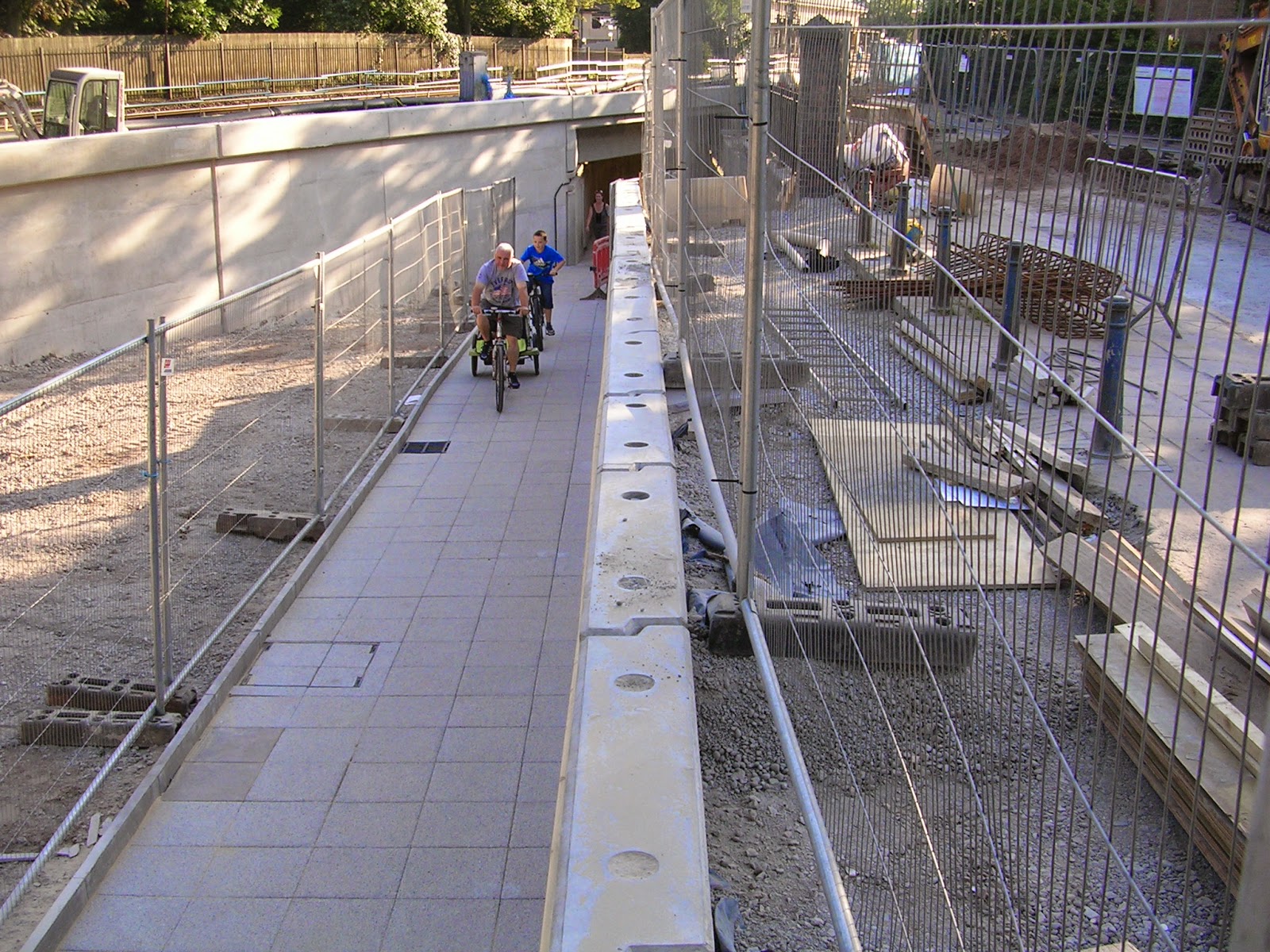 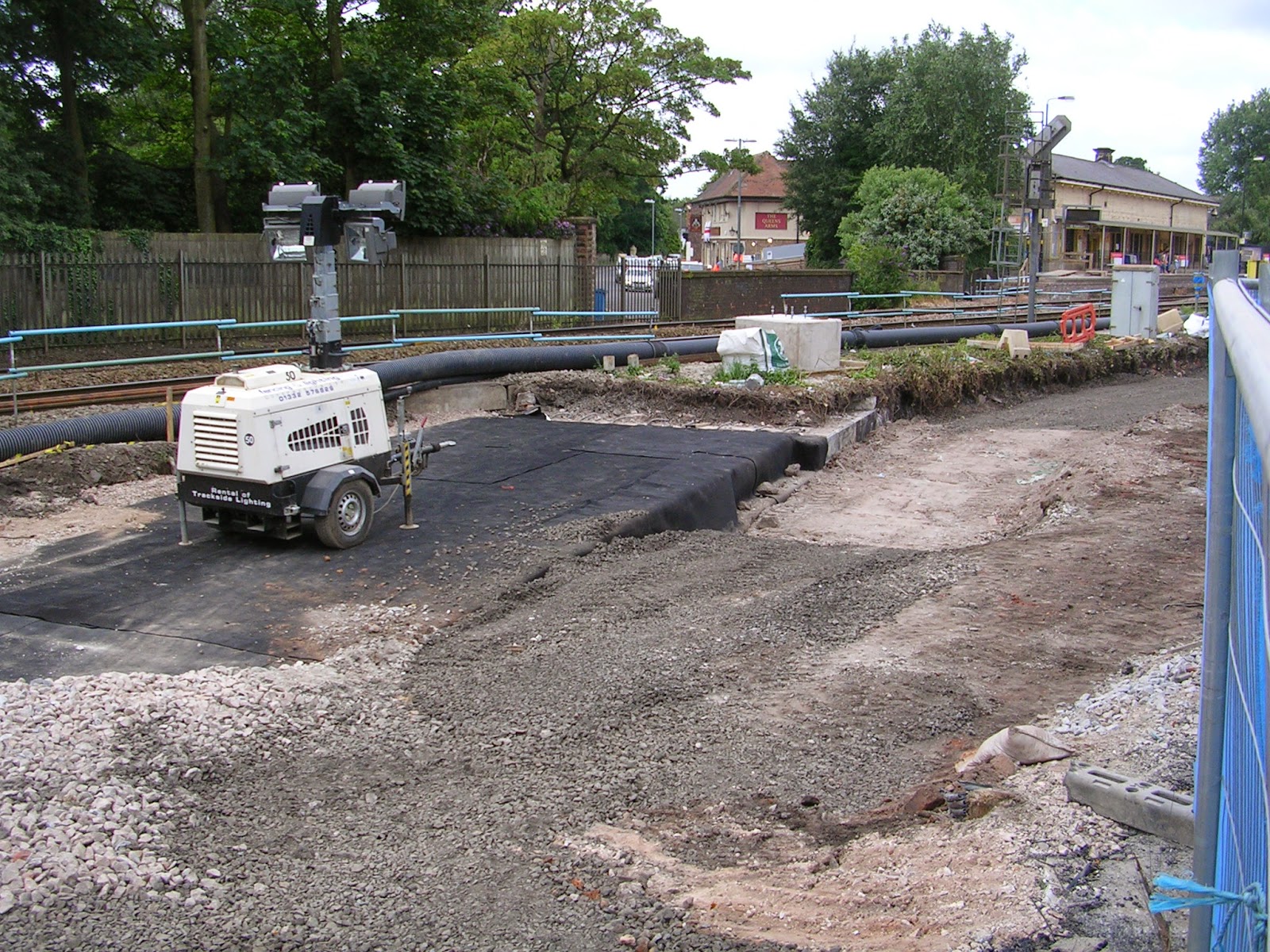 The new subway roof seems close to being ready for tracks. 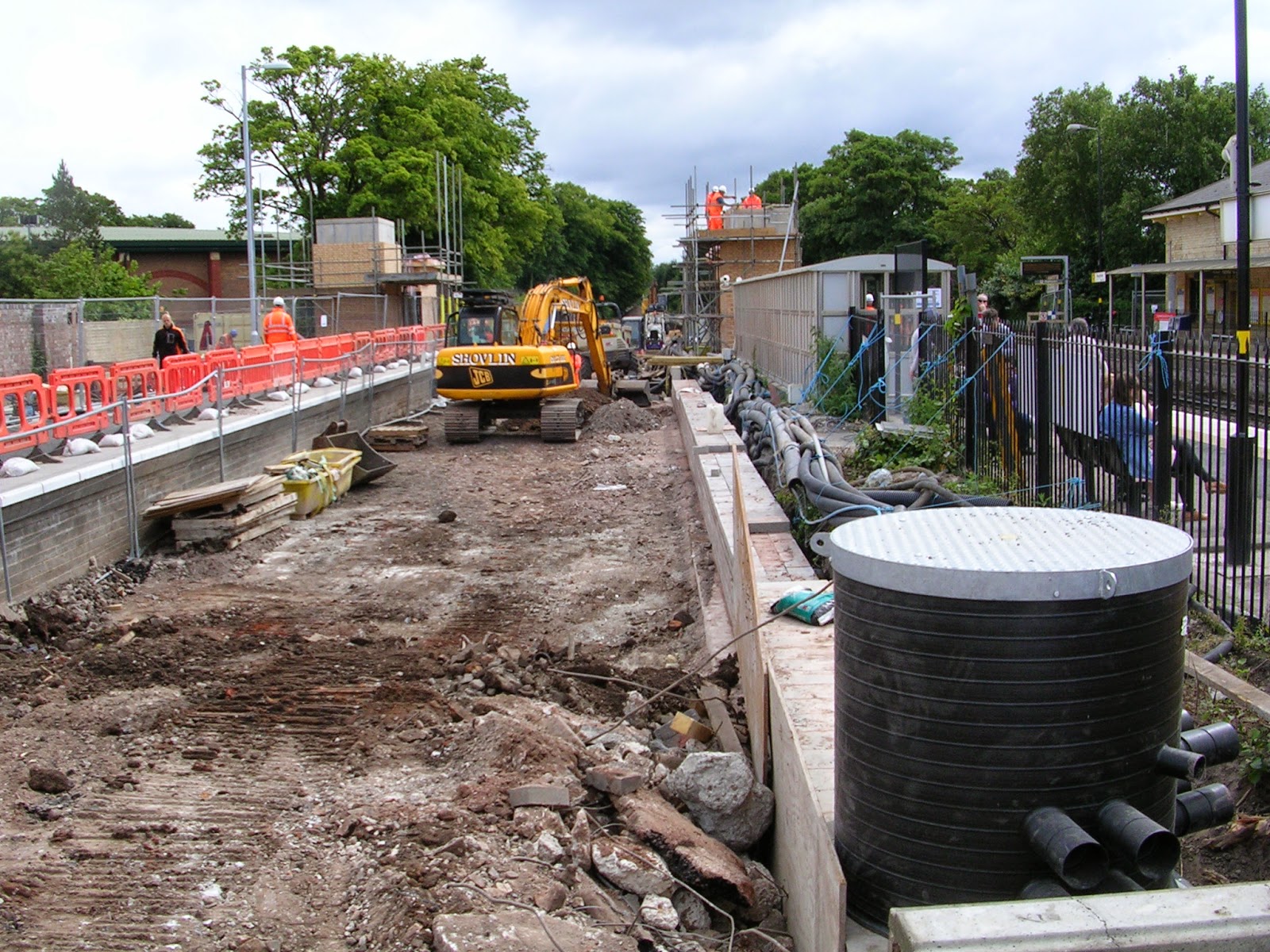 Here's the same shot as I took last week, along the edge of the future platform 3, showing a lot less rubble and a lot more platform edge.