Not strictly relevant to this blog, as they probably won't be running on our routes, but I was interested to see a new Class 195 DMU pass through Huyton on test today: 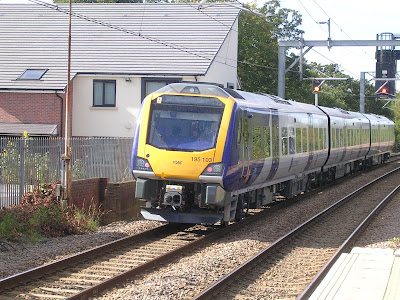 These units are expected to be deployed on the Liverpool to Manchester Airport via Warrington Central service, perhaps later this year.

The units are known as "Civity" and are built by CAF in Irun, Spain for Northern.
Posted by Phil Wieland at 13:13 9 comments: