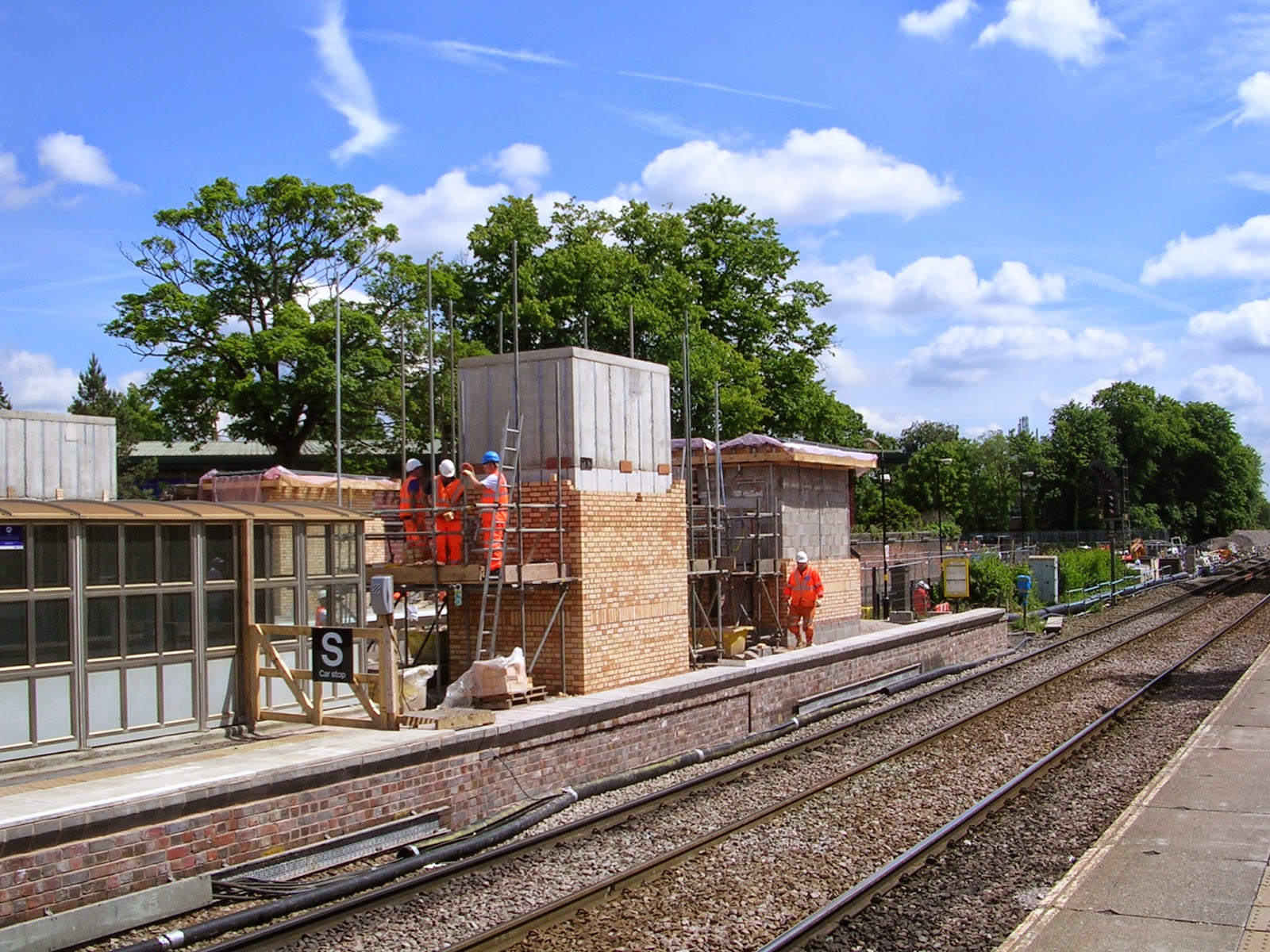 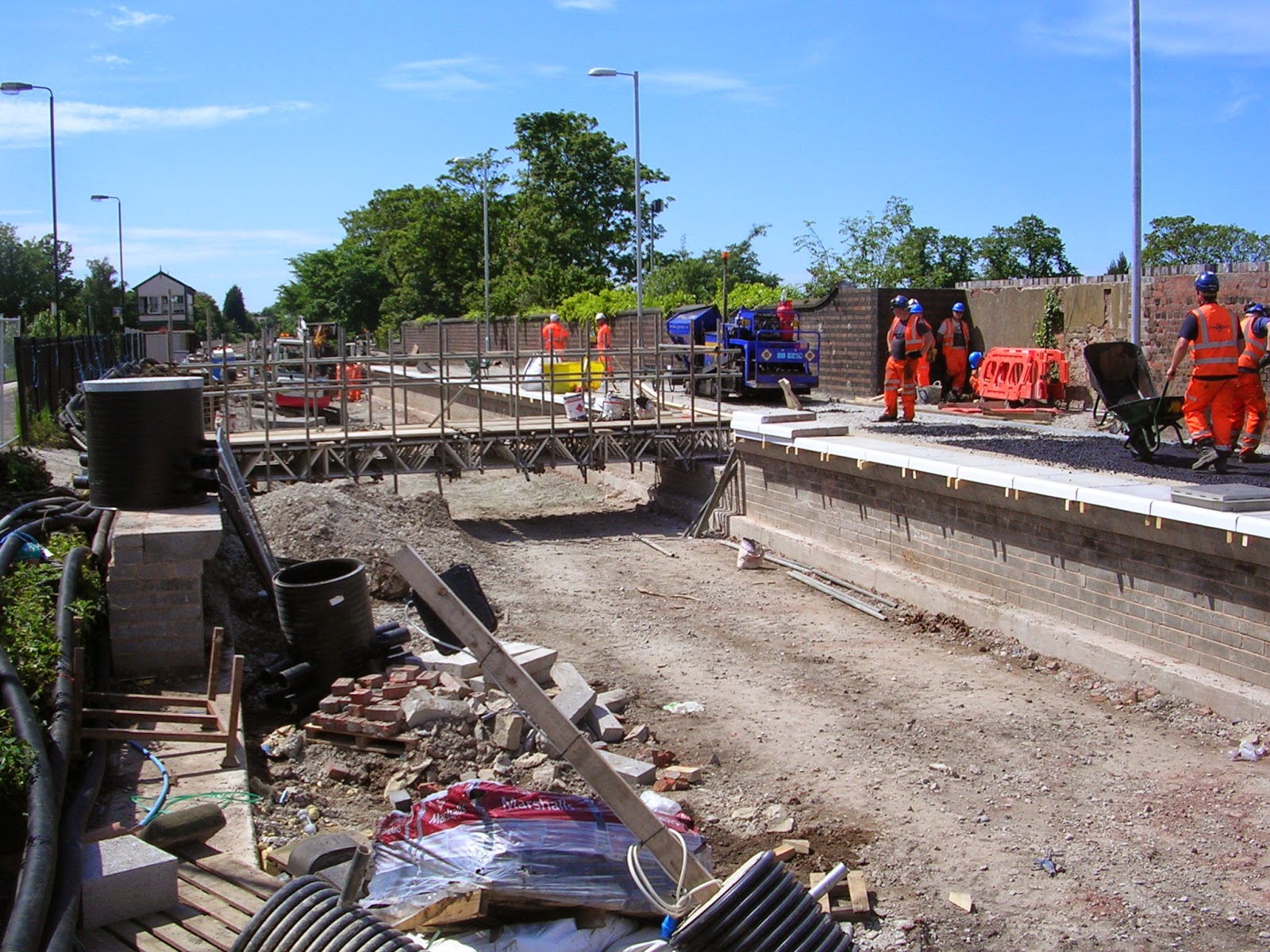 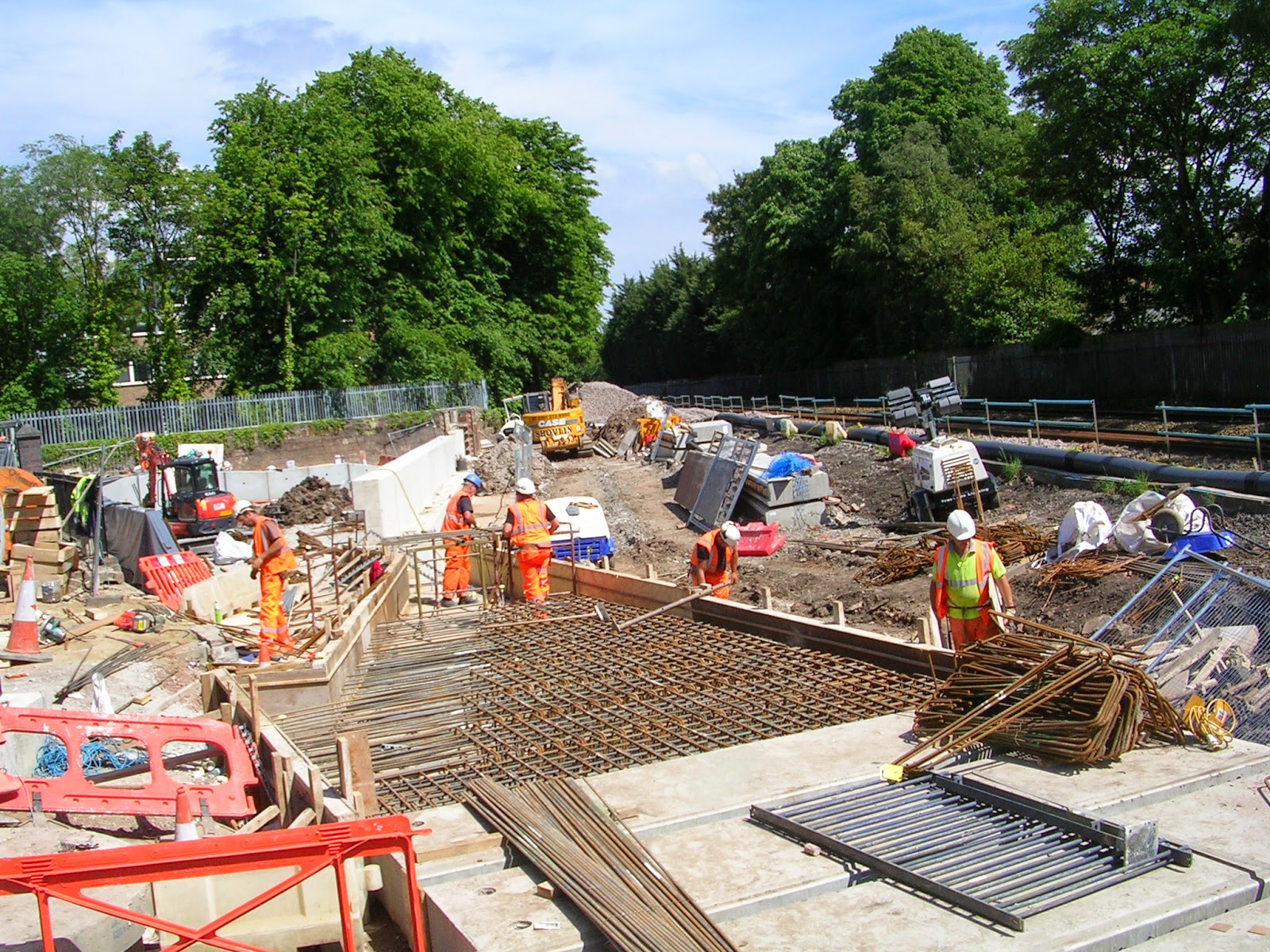 This rather confusing shot is looking east from Huyton station along the line of the future track 4 (or Up Chat Moss Slow)  In the foreground is the bridge being constructed over the public subway.
Posted by Phil Wieland at 22:18 No comments: