It's that time of the year again, and Network Rail's Christmas present arrived this morning with the delivery of the new timetable (15 May to 10 December 2016) into my database.

I must say I am somewhat disappointed to find another "no change" timetable for Huyton, with exactly the same service, and all trains still specified as Class 142 Diesel.  There have been a number of detail changes, with tweaks of half a minute in the working times of some trains, but the public timetable remains unchanged.

Posted by Phil Wieland at 09:34 No comments: 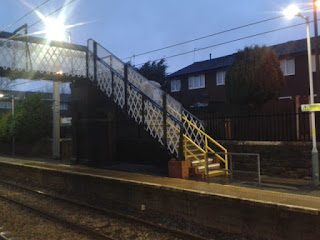 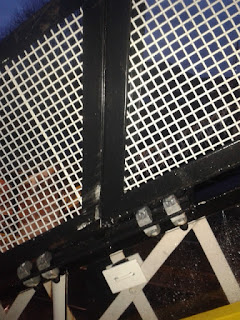 Posted by Phil Wieland at 21:36 No comments:

This report was published in November.  I waited patiently for Network Rail to reflect the report in their CP5 Enhancements Delivery Plan (The September update has not been published yet.) but nothing came.  Here's a quick list of the changed target completion dates in our area as I understand them:

Ordsall Chord
Was originally December 2016 but had already slipped to December 2017.  No further postponement.

Liverpool Lime Street Realignment
Was December 2017, now 2019.
(I've not previously reported on this project which will move tracks around at Lime Street to allow for longer trains.)

UPDATE:  A number of these dates have changed again since this was posted.  See the Schedule page of the web site for more up to date and (hopefully) more accurate information.
Posted by Phil Wieland at 11:54 No comments: