I noticed something rather odd in the daily updates to the timetable database this morning:  A number of schedules for the Liverpool / Preston services in the next timetable period (13 December 2015 to 14 May 2016) had been deleted and re-inserted.

I wonder what the significance of this change is, if any?  Perhaps the signalmen will give these priority over the stopping services.

Posted by Phil Wieland at 07:03 No comments:

Carillion has won the Network Rail contract for the Northwest Electrification project formerly held by Balfour-Beatty.

Hopefully we will soon see work on the Manchester to Preston phase moving ahead once more.
Posted by Phil Wieland at 08:51 No comments: 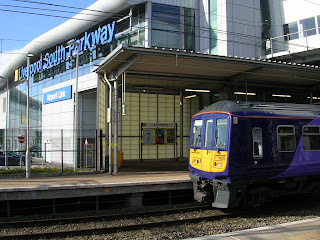 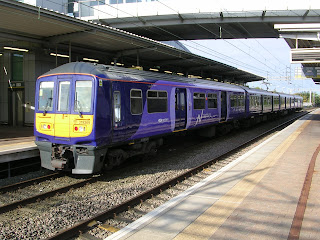 Unless I've missed it, we still haven't had a formal announcement of which company or companies are to take over from Balfour Beatty and undertake the remaining parts of the project.
Posted by Phil Wieland at 16:32 1 comment: