The bridge over Archway Road in Huyton is scheduled for major works this coming weekend, including replacing the bridge deck.  Road and rail closures are required.

The planning permission describes the work as replacement of existing bridge deck with waterproof concrete slab, repair work to elevations and arch, installation of steel fencing to both parapets, and ballast protection.

The railway will be closed all day Saturday in addition to the standard Sunday closure. 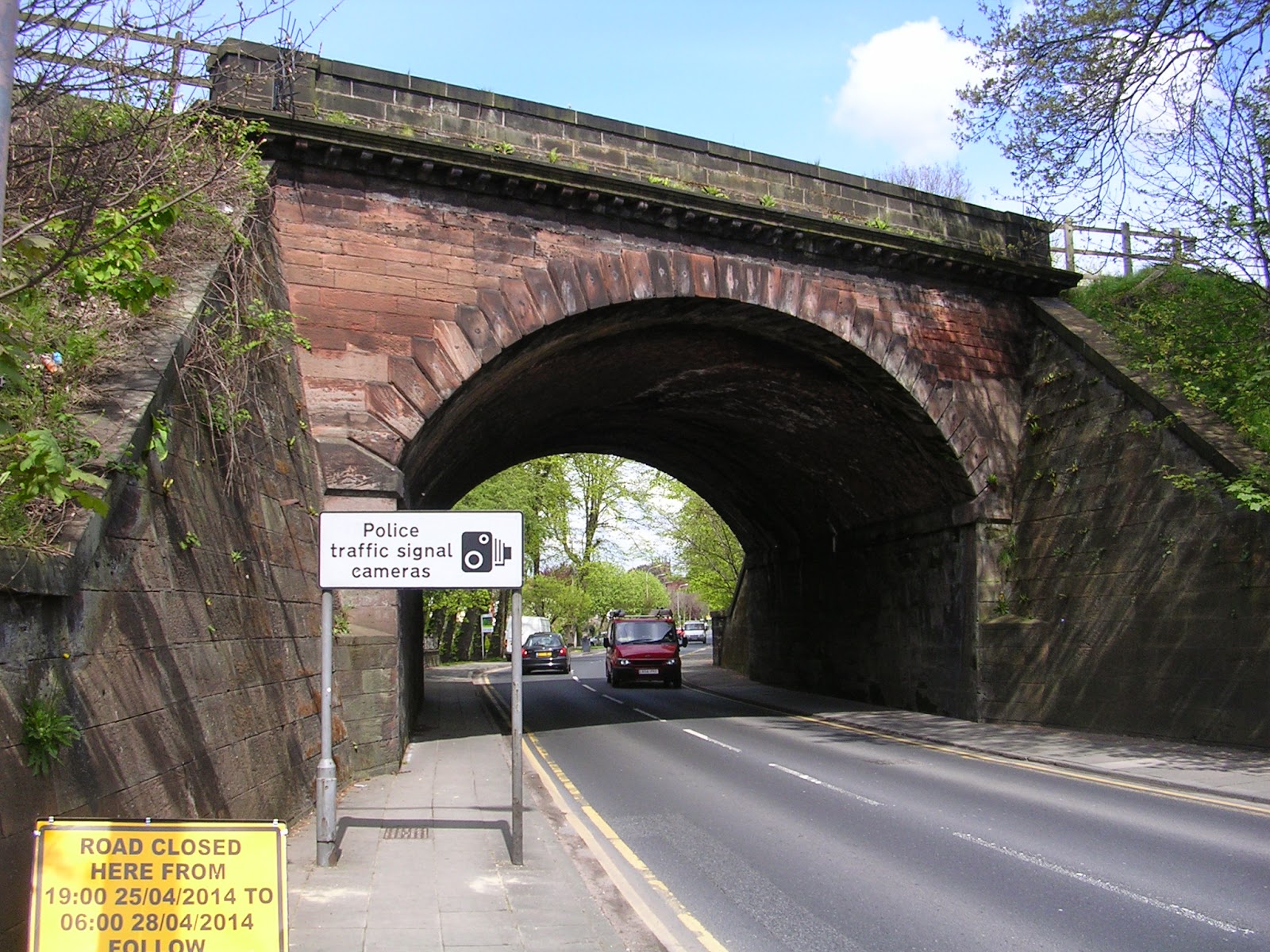 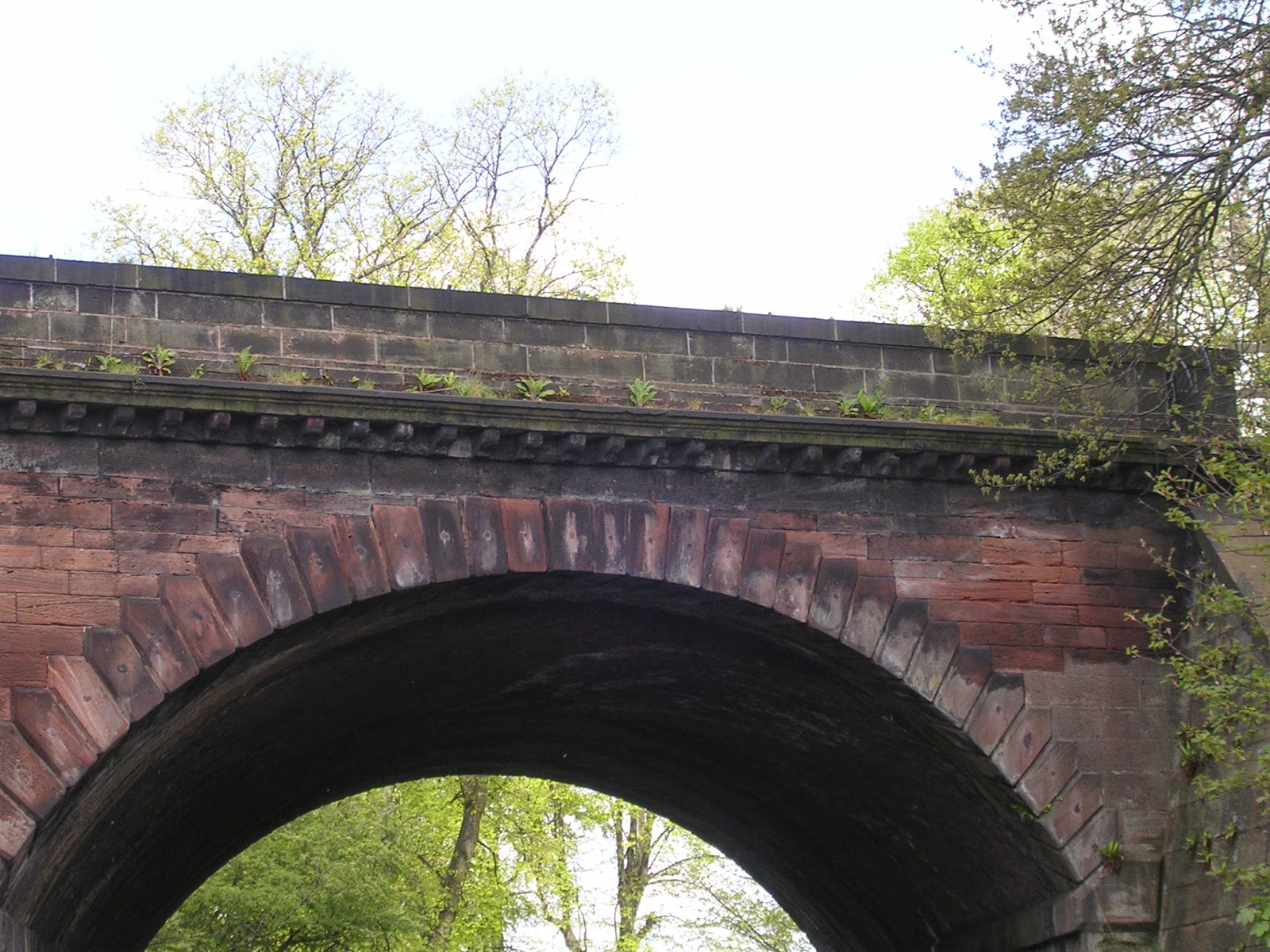 A touch of damp, and some sizeable weeds, but basically the bridge appears to be in good nick. 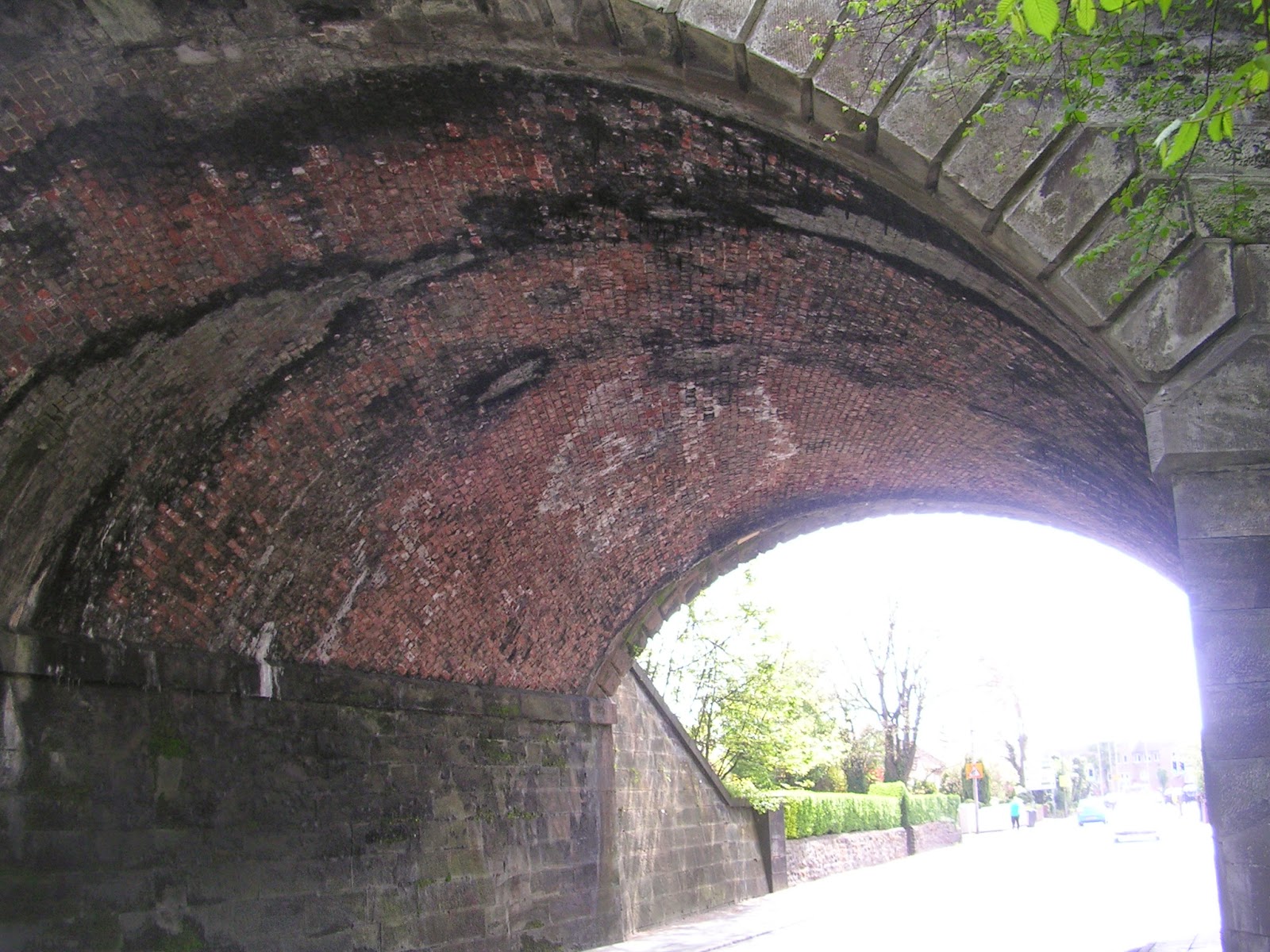 I had intended to add "after" pictures for comparison, but there's very little to see from the street.  Most of the vaulting brickwork has been repointed, and the weeds on the ledge visible in the middle picture have been cleared.

Also completed over the weekend was the removal of the crossover at Huyton and, I'm told, the completion of the trackwork and signalling at Earlestown.
Posted by Phil Wieland at 14:57